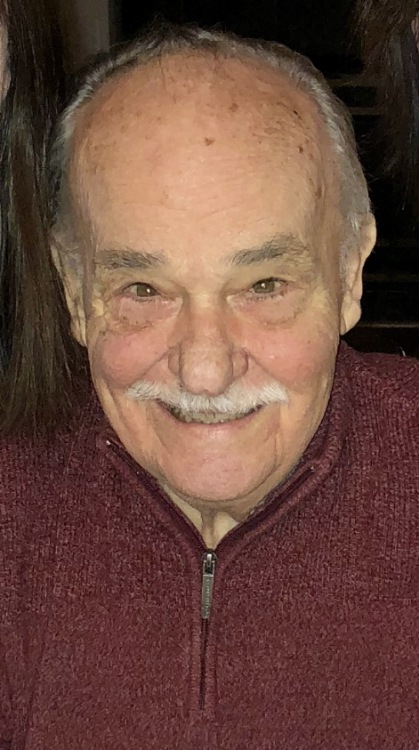 Rocco lived a full life: a loyal son and brother, a patriot and proud veteran, dedicated husband, doting father and grandfather. He was a man of deep faith with tremendous will and an animated personality.

Rocco was born in New York City the seventh of ten children of Antoinette and Bruno. He enjoyed playing neighborhood stickball, marbles in the street and boxing with the Police Athletic League.  The growing family moved to a home in Sheepshead Bay, Brooklyn where Rocco played sports for St. Mark’s CYO league and graduated in 1947. He was educated by the Christian Brothers at St. Augustine’s High School; his Catholic education instilled discipline and life lessons.

Rocco loved baseball. Although a “Brooklyn boy”, he was a Yankees fan due to a childhood encounter with Joe DiMaggio

At the age of eighteen Rocco enlisted in the US Navy and proudly served on a destroyer during the Korean War. He learned practical electrical skills and formed lifelong friendships while seeing the world. He returned to formal education while working full-time and graduated from New York Institute of Technology.

Rocco and Grayce met at a resort in upstate NY. He was smitten when she entered the dining room and promptly asked her to dance. Together they imparted their values of faith, family traditions, and the importance of education on their daughters.

Rocco commuted from New Rochelle to Manhattan maintaining elevators and escalators for the Metropolitan Life Insurance Company for thirty-three years. He retired from management and worked another seven years for Otis Elevator Company until he completely retired in 1998.

Rocco enjoyed bocce, swimming, baseball, movies, music, literature, and all types of puzzles. The Brooklyn boy moved west in 2007 and sweetly embraced the grandfather role attending every game, choir and band concert, dance recital, and all theatrical performances. Whatever Grayce participated in, Pops, her number one fan would be there!

Rocco will be dearly missed but his contagious smile, clever quips, vast repertoire of songs and countless stories will be forever cherished.

In lieu of flowers please consider a donation to one of the following charities: the National Knights of Columbus, 1 Columbus Plaza, New Haven, CT.  The Tunnels to Towers Foundation, 2361 Hylan Blvd. Staten Island, NY or a Veterans association.

Rocco will be missed by all of us at Avenbury Lakes and the Silver Sneaker group at Avon Senior Center. You have our deepest sympathy Jeanine.

Martine, Roxanne, Jeanine, Scott, Grayce - my condolences to you all at the passing of your Dad/Pop. You all have so much love for each other and I’m sure your Dad and Mom set the stage for that Surace love and warmth. Saying goodbye had to be so hard but I’m sure knowing your parents are together brings some measure of peace. My love to you all.

Jeanine, What an interesting life your dad led. Thank you for sharing this. I will miss seeing the two of you at church but I know he will be there in spirit.
Helen

Jeanine
My deepest and most heartfelt sympathy in the passing of you father,
What a great joy to have known him.
May his memory always bring a smile to your face and a warmth in your heart.
I can truly say it will for me!
God Bless, Hugs
Diane

Jeannie
Sorry to hear of your loss
My Sympathy to you and your family.
He will be missed at Avenbury Lakes.
Bea Marlette

Martine, Scott and Grayce, We are so sorry very for your loss. We remember him fondly and pray that your many, many memories comfort you during this sad time. Sending love and hugs.