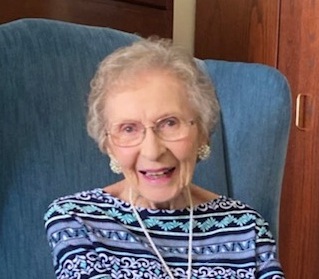 Every great thespian knows that Shakespeare wrote his dramas in five acts. Janet
E. Tinline, 92, lived a life full of love, faith, and theatrics, that just five acts can’t
cover. But take a seat, the show is about to begin…
“This day I breathed first: time is come round, And where I did begin there shall I
end; My life is run his compass.” Hamlet.

Act 1 The Sunrise: Janet Eslin (Flood) Tinline was born on March 21, 1930, to the
late John A. Flood and Martha C. (MacMillan) Flood in Broomall, PA. She was the
sister of, Virginia (Flood) Taylor, and Jack Flood.

Act 2 Setting the Stage: Janet attended Marple Newtown High School, graduating
in 1948. While in school she participated in various field sports, Drum and Bugle
Corp and was active in the theater program. The theater was her first love. She
always felt called to the stage. Later in life she would be an usher for Playhouse
Square in Cleveland.

Act 3 When She Met the One: After high school, Janet worked at the Presbyterian
Board where, through close friend Janet (Tinline) Myers, she met her friend’s
brother and future husband, Carson. They went out every single day for a week
before she put him on a train on New Year’s Eve to be shipped off for the Korean
War. After 11 months Carson returned marching up the steps of her childhood
home to ask Janet’s father for his blessing. The two married on April 10, 1954.

Act 4 Happily Ever After: Carson and Janet’s first apartment was in Philadelphia.
From that love came one of her favorite roles, a mother to her three children, Lori
(Robert) Scott of Stow, OH and Joanne (Douglas) Prittie of Oconomowoc, WI.
were both born in Philadelphia. After purchasing their first home in Blackwood, NJ
along came Carson (Justine) Tinline, Jr. of Westlake, OH. As her children grew and
found love she was casted as a caring grandmother to her ten grandchildren,
Bryan (Suzanne) Prittie, Karyn Prittie, Sara Scott, James (Sofia) Scott, Scott Prittie,
Alexandra Tinline, Kylie (Drake) Williams, Carson Tinline III, Isabel Tinline and
Adam Tinline; and proud great-grandmother to her three great-grandchildren,
Hailey Prittie, Jordyn Prittie and Eslin Scott. Janet lived in Rocky River with her
loving husband Carson for over 40 years and was proud and loved her home there. She especially enjoyed “putzing” in the yard and tending to her rose
garden. Janet was an avid Johnny Mathis fan, watching him perform live almost a
dozen times. She loved the theater and especially Tom Hanks. Even though she
lived in the Cleveland area, she was a Denver Broncos fan and never missed a
game when John Elway took the field. She loved history, especially the American
Revolution and had a real appreciation for Colonial Williamsburg. Strong in her
faith, Janet was a longtime member of several Presbyterian churches with the
most recent being John Knox Presbyterian Church in North Olmsted. She taught
Sunday School for many years and served as a Stephen Minister, helping those in
need. She was always sending cards of encouragement or praise and wouldn’t go
to bed without several versus from her bible. In 2011, Janet and Carson entered
the final act of this story. They moved to Cuyahoga Falls to an assistant living
facility with Carson preceding Janet in 2013.

Act 5 The Sunset: On October 20, 2022, surrounded by family Janet center stage
took her final bow. As the lights dimmed, she exited stage left and was reunited
with her family and the love of her life in heaven.
Private burial at Lakewood Cemetery, Rocky River, OH. A memorial service is
planned for a later date.
In lieu of flowers, donations can be sent to the USO, supporting our military and
veterans. Janet was a lifetime member and has championed our service men and
women since WW II. www.uso.org

My sincere condolences to the entire Tinline family. I cherish the 50 years of friendship we’ve shared and feeling like a part of a loving, fun family. Rest in peace Mom Tinline.

Lovely remembrance of your mother. She always remembered me on my birthday shared with my sister- in- law, Lori.