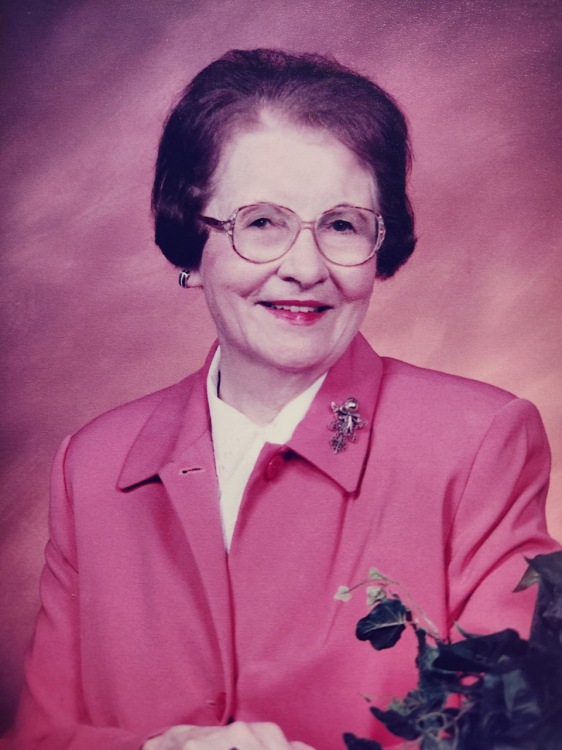 Mae Stinchcomb Allen, 95, passed away on November 4, 2022. Mae was the beloved wife of the late Richard M. Allen; mother of David (Debbie) Allen and Tom (Julie) Allen; grandmother of eight; great grandmother of nine; with many nieces and nephews.  She was a graduate of Lakewood High School, Hiram College, and Baldwin Wallace College, and was a kindergarten teacher in the Rocky River school district for many years.  Mae was an active member of Bay United Methodist Church for over 60 years. Preceded in death by parents George and Florence Stinchcomb and brother Robert Stinchcomb.  She was a longtime resident of Bay Village, with many close friendships extending across the decades.  Interment in Ellsworth, Ohio, will be private. Mae was the niece of William Stinchcomb, the founder and first director of the Cleveland Metroparks.  In lieu of flowers, memorials maybe made to the Cleveland Metroparks Legacy Fund or Bay United Methodist Church.

I remember your mom as a member of the wedding reception committee with my mom. My sister, Kim Harris, and I "volunteered" for every wedding reception. The best part of this was getting to know Mae. She was really sweet.

Aunt Mae was always so kind and thoughtful to "the Brooks girls". I know she and Aunt Lorna are up there causing mischief and having a good laugh! David and Tom, I hope your sweet memories of your mother carry you through this difficult time. She and your dad were both well-loved.

Mae and I became fast buddies in her latter years. We shared our mornings, ate breakfast together and played Scrabble with rules we made up along the way. We watched President George H. W. Bush's funeral and listened to all of the eulogies. The former Canadian Prime Minister stated that President Bush told an Irish poem, "There are tall ships. There are small ships. There are ships that sail the sea. But the best ships are friendships. And may they always be." Mae started crying. Years ago, Dick had used the same poem in a speech he had given. She had remembered the night so vividly. It was like she was back there. She missed him so terribly. Tonight, she's with him again. May they rest in peace.

She sounded like an amazing woman and may her legacy live on in her loving family. My heartfelt condolences are offered along with my prayers for peace and comfort.

We never knew your mom, but we can only imagine that with such a kind, loving son and daughter-in-law, she must be pretty special.

Our hearts are with you as you say "see you later". <3