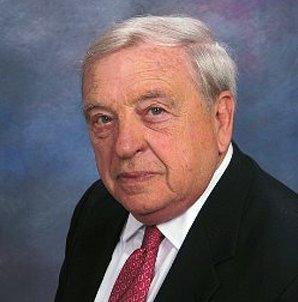 Robert J. Haas passed away peacefully on September 22, 2022, in Westlake, Ohio.  Robert, or “Bob” as he was affectionately known, was a beloved and respected member of several communities in Northeast Ohio. Bob was born and raised on Cleveland’s West Side, attended St. Edward High School and John Carroll University, eventually graduating from the Ohio Highway Patrol Police Academy. Bob was a dedicated member of the Berea Police Department for 35 years as a patrol officer, detective, and community relations officer. During his service to the City of Berea, Bob was the founder of the city’s Block Watch Program and helped establish its Safety Town.  When his two sons were younger, Bob was a fixture with the Rocky River Little League.  After retirement, Bob made it his mission to bring the Cleveland Oktoberfest back from its hiatus. Upon its return, Bob proudly served for several years as the Oktoberfest’s Executive Director. As anyone who knew him was aware, Bob was a gifted artist and storyteller.

A small private ceremony will be held to remember Robert. In lieu of flowers, the family asks that donations be made in Robert’s name to the Carolyn L. Farrell Foundation, established in honor of his beloved sister Carolyn Farrell.

Ahh geez, 1617. Too soon. Much too soon.
Many memoires of our times on patrol. Our 1st shift coffee down at the cabin in Metropark. Your "love" for worms and snakes.

Remembering when you went on your "train ride", Right Hinners?

To your sons and family, my prayers. Also, to you, MaryEllen.