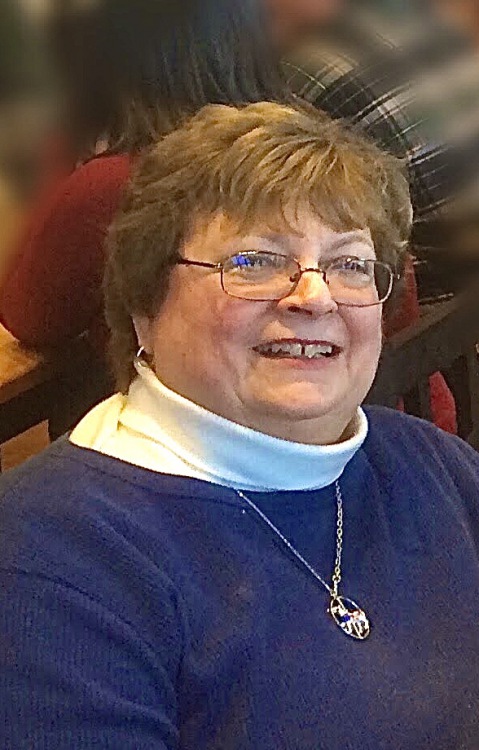 Nancy is survived by her sons,Michael K. and Andrew, daughter-in-law Heather, two grandchildren, Carter and Adison, and sister Carol.

Nancy is preceded in death by her mother Irene and father Roger, in addition to her husband of 58 years, Michael, who passed away earlier this year in July.

Nancy was born and grew up in Mentor, OH in 1944. She began working at an early age at Fisher Foods grocery store in Painesville, OH and later held various administrative assistant positions in order to pay for college. Nancy attended Lake Erie College and later graduated from Cleveland State University.

After graduation, Nancy began a career teaching grades one through three full time. Nancy transitioned to be a full-time homemaker when her sons were growing up but returned to teaching later as a substitute in the Westlake City School district. After retiring from teaching, she held part-time administrative positions in the insurance industry.

Nancy had many interests including her love of music, specifically Big Band and Dixieland styles. Nancy was involved and served as president of West Shore Concerts. Her involvement included the arrangement of quarterly visits from the Cleveland Orchestra to the Lakewood Civic Center and hosting music concerts for children. She was also president of Westlake City School’s Music Boosters and twice chaired the group’s annual Music a la Mode, highlighting the musical talents of the school district.

In addition to her musical interests, Nancy also enjoyed gardening, sewing, cooking, and classic westerns and musicals. She was an avid theater goer and reader of crime and mystery novels. She also enjoyed traveling which included road trips to the Pacific Northwest, New England, and the South, which included multiple family vacations to Myrtle Beach, SC.

Nancy volunteered at St. Pat's (Cleveland, OH) food bank, providing meals to those in the community in need for many years. She also volunteered for her church Bethesda on the Bay.

In lieu of flowers, donations are preferred to Hospice of the Western Reserveand can be made at www.hospicewr.org/Ways-to-Give.

My sincerest sympathy goes out to your family. I was in the investment club with your dad, and met your mom many times at social functions. From the first time I met them, I knew they were very special, enjoyable, beautiful people whom I will miss.

Our deepest sympathy to the Neylon family. We met Nancy and Mike when volunteering at St. Pats hunger center with the St. Ladislas team. They were a delightful couple. They were “foodies” with a special knack for seeking out great restaurants where we enjoyed food and friendship.

Mike and Drew, we are so sorry for your loss of both parents, and so close together. Nancy and I worked together and became good friends. She knew every place I would ask about to go to, and we enjoyed several journeys around NE Ohio together. She had a great sense of humor, and I will never forget her laugh. Our hearts ached to see her health decline. May she enjoy eternal life with her beloved Michael and Max.

Drew so sorry for your loss.

We send our most sincere sympathy to brothers Michael and Drew at the loss of your father in July and now your mother. We fondly remember your parents and all they did for others. Hopefully knowing that others care about you will help fill the void created by the loss of your parents. You are all in our prayers.