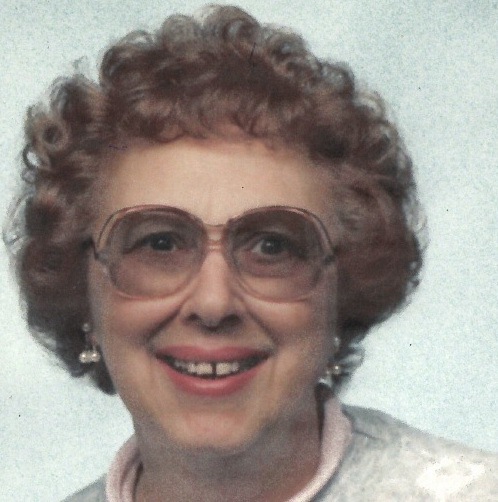 Lois Durst, age 97, passed away Sunday, July 24, 2022, at her residence in Hilliard, Ohio. She was born on February 9, 1925, in Cleveland, Ohio, to the late Fred W. Smith, Sr. and Clara Rose Smith. She was preceded in death by her husband of 55 years, Edward George Durst, Sr., and her son, Edward George Durst, Jr. She is survived by her brother, Fred W. Smith, Jr., her niece, Patricia Smith (Floyd) Friedli, her nephew, Fred W. Smith, III (Mary), four grandchildren: Kelly (Mark) Even, Alan (Stephanie) Durst, Ryan (Yan) Durst, Adam (Kristen) Durst, and five great-grandchildren: Nicole and Christopher Even, Julian Durst, Katelyn and Hailey Durst. Having lived in Westlake, Ohio for 70 years, Lois was a member of St. Bernadette Church, sang in the church choir, was President of the Women’s Guild, was a Eucharistic Minister, and did much volunteer work for the church. Her favorite pastime was playing pinochle, and she belonged to many card clubs. The family invites all to pay their final farewell to Lois at the Jenkins Funeral Chapel in Westlake, Ohio on August 5, 2022 from 9:30-10:30 am. A funeral mass at St. Bernadette Church will begin at 11:00 am followed by gravesite services at Evergreen Park Cemetery in Westlake. In lieu of flowers, the family suggests that contributions be made to ProMedica Hospice in Columbus, Ohio.