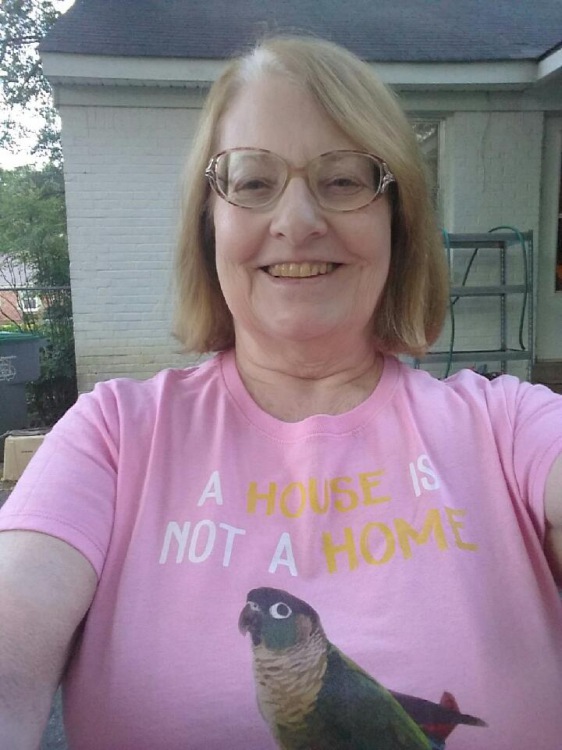 Birthplace: Cleveland, Ohio Resided In: Memphis, Tennessee
Kathleen Ann Lukas (nee LeHoty) passed away in Memphis, TN, on July 16, 2022, preceded by her parents, Robert and Mary, and her beloved Aunt Ruthie (Ruth Scott). Born in Cleveland, OH, on October 19, 1949, she is survived by her loving sons Kenneth and Timothy, as well as her siblings Robert (Sandra), James, John (Maggie), Donald, Patrick, Sharon, Maureen, Sheila, Eileen, her cousin Mary Ellen Scott, and many other cousins, nieces, and nephews. Special friends include Steve Hall and the Bayazitov family: Ildar, Guzel, Renata, and Maya. Last but not least, her very spoiled dog, Little Bit, waits for her to come home.
Besides Cleveland, Kathleen lived in New York City, Wilmington, DE, Victoria and Corpus Christi, TX, and since 1987, Memphis, where she stayed. She graduated from college with a degree in business, but ultimately became a stay-at-home mom to devote herself entirely to her sons.
When her sons were both in elementary school, she started working as a substitute teacher and earned a degree in education from the University of Memphis to embark on a second career as an elementary teacher, mostly kindergarten and first grade. In addition to her time in the classroom, she spent many hours working at home, surrounded by school supplies. She spent generously from her personal funds on classroom expenses, including supplies for children who could not afford them.
She enjoyed drawing and painting, crossword puzzles, history, and animals.  She also learned to swim late in life, a skill of which she was proud.
Kathleen was always an honest, strong, courageous, compassionate, and ethical person. She stayed true to her values even in difficult times. She considered herself first and foremost a mom for Ken and Tim, and nurtured and protected them through many challenges, remaining a pure point of light and a safe place in a turbulent world. Those who loved her are heartbroken, and with her passing the world is less bright.
A visitation will be held at Jenkins Funeral Chapel, 2914 Dover Center Road, Westlake on July 27 from 6-8 pm.  A Mass of Christian Burial at St. Clarence Catholic Church, 30106 Lorain Road, North Olmsted, will be held on Thursday, July 28 at 11 am followed by burial at Holy Cross Cemetery.
In lieu of flowers, memorial donations may be made to charities of choice that purchase school supplies for needy children or support animal welfare and fight animal abuse.
All Memorials

Ah, Kathy. It's hard to accept, believe you are gone from this life, and now part of the eternal realm. I will remember in my heart always the last time I saw you and chatted. It was Jennys wedding and you were full of so much life and laughter. You were fun dancing with too- you had a lot of fun and energy in you! You do bring light and joy indeed. I also remember way back when you were staying with us a while, and I looked up to you as a really "cool" big sister.You'd talk with me seriously as a peer, and being at that age I was at, that touched me .. I remember those blue and white striped bell bottom hip huggers, and white big collared blouse with balloon long sleeves, your long blonde hair, trendy glasses, laughing eyes, and mirthfilled smile. I'm glad you were and always will be a part, of our lives, and family tree. May our branches keep growing strong and many.And may your mark be indelible. My prayers are with your soul to be in peace and joy in Unitive Love with God..Keep us who are still here, in yours over there.love to you , and TY God for Kathy, and her fine sons, Ken and Tim.May they also continue to live good lives, and also, to give loving compassionate care as you did, to your little dog companion who must miss you and needs his kind and caring family more than ever.

Our prayers are with you

It’s hard to put into words the feelings of losing a pal, the best buddy, and especially you. Since I could remember, when we would see each other, the time or distance apart was simply nonexistent. You were, are, that special person who could bridge distance with a laugh. I will miss you in this phase. You did the change first, and we shall discuss this later!

Our Prayers are with you.

My loving sister,
You will be missed, but you will always be in my heart and thoughts. Your shining personality, empathy, and guidance is irreplaceable. Rest now, your work here is done.