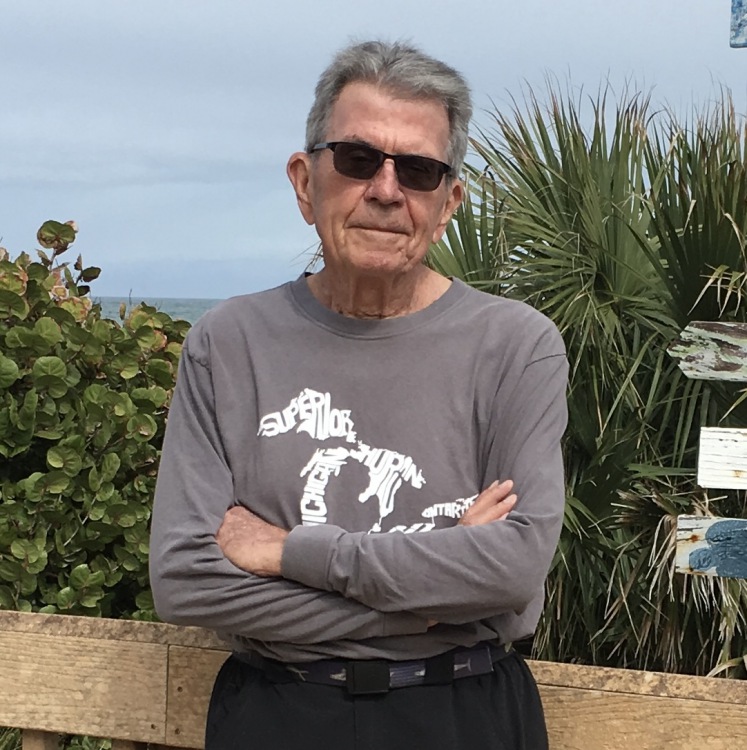 Glenn Alden Weideling, age 81, died peacefully at his Bay Village home surrounded by family on May 30, 2022.

Glenn is survived by Lynne, his loving wife of 59 years; his son Dale, daughter-in-law Deb and his three adult grandsons Mitchell, William and Robert.

Glenn was born September 17, 1940 in Chicago.  The family moved to Cleveland in the early 1940’s, eventually settling in Fairview Park where Glenn met Lynne and many of his lifelong friends.  He graduated from Fairview Park High School in 1958.  Glenn proudly served his country in the Army National Guard. He began working at PPG Industries in 1959 with a career that started by Glenn literally sweeping the plant floors and eventually running much of the plant operations before retiring in 1999.  Glenn attended Cleveland State University for 11 years while working full time at PPG, earning a bachelor’s degree in business in 1971.

Glenn and Lynne enjoyed their home in Bay Village and their Johnson’s Island cottage, which they built in 1982, and spent many of their summer and fall days.  They frequently spent several winter months as "snowbirds" in Florida after retirement.

He enjoyed spending time with his family and took great pride in his grandsons and their accomplishments as they grew into young men.

Glenn also enjoyed music, having performed as a drummer in bands during his teenage years, sailing, restoring antique and classic cars and projects around the home and cottage.

His family and friends will always remember him as a kind, honest, thoughtful man of strong morals and great character which he passed on to his son and grandsons.

The family would like to thank the Cleveland Clinic for their many years of care working with Glenn as he courageously fought cancer since 1999.

Remembering all the fun times we had at the lake growing up. Miss those times and am sure going to miss Uncle Glenn.. Keep close in mind the comforting words of John 5:28. We will see him again! Our sincere condolences and love to all of the family at this time. Love Jim & Karen.

Service For Glenn A. Weideling

Visitation For Glenn A. Weideling