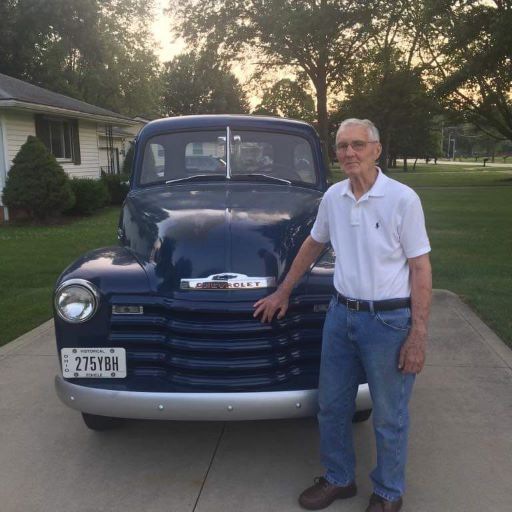 Born and raised in Etna, Pennsylvania to Carl August Grau, Sr., and Emma Grau nee Mertens, he was the youngest of four. After high school Carl joined the Navy. Serving during the Korean War Carl was stationed on a fuel tanker which took him to many ports around the world.  He perfected  his fudge making skills while working in the engine room of the ship and was renowned for this  sweet treat. He continued to share this confection with family and friends throughout his lifetime  and made weekly personal deliveries to the Westlake Community Services Department.  During a shore leave, Carl was introduced to his future bride by a friend. Their whirlwind courtship resulted in a marriage proposal after only three months. Carl and Elizabeth wed in May of 1952 before he was shipped back out to sea. Upon completion of his service, they lived in the Pittsburgh area.  Carl’s career with General Motors took him from Sharpsburg, Pennsylvania to Royal Oak, Michigan and, finally, to Westlake, Ohio.

After retiring from Pontiac Motor Division at the age of 58, Carl pursued his passion of working with his hands - refinishing furniture, woodworking, and remodeling cars. He was well known for his love of model trains and delighted many with his intricate designs. He was proud to show his layouts to anyone who came to visit. His generous spirit will be well remembered by family and friends as he was always lending a hand to anyone in need of home or automotive repairs or just being a friend willing to listen. “Fair winds” followed this gracious gentleman with the infectious laugh.

Memorial donations can be made in the name of Carl Grau to Westlake Community Services Activity Fund, 28975 Hilliard Blvd., Westlake, Ohio 44145 or to Hospice of the Western Reserve, P.O. Box 72101, Cleveland, OH 44192.  A private family service will be held in Carl’s memory.

Mr. Grau will be sorely missed. When I would get to Westlake to visit, Mark Kruse would always make sure we stopped by and visited Mr and Mrs. Grau. Was always amazed at how great Mr. Grau looked and how with the projects he was working on he still had more energy and drive than most 1/2 his age. Thoughts and prayers for Doug, Cindy, Scott and your families.

He was a heck of a guy! He really enjoyed his trains and talking about them!My condolences to the family.

He will be so missed by our family. A kind,gentle man and always so kind! Rest in Peace!

Uncle Carl will be so missed! We all loved him dearly!