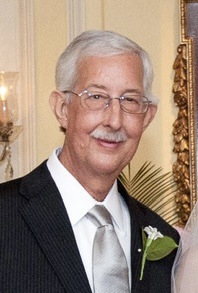 Jim Gross- a wonderful husband, father, grandfather, brother, uncle, and friend to many, passed away December 30, 2021, at the age of 71.

Born on April 15, 1950, Jim was the son of Robert and Jeanne Gross and the oldest brother of Ken (Rita) and Holly (Rick) Adkins.

A proud Eagle Scout, he graduated from Bay Village High School. While quiet and shy in high school, everyone at Findlay College knew and was friends with “Camel.” Findlay was not just where he graduated from college, but also where he met the love of his life, Sue, who he was married to for 48 years. They went on to have two beautiful daughters, Rachel and Rebecca, who Jim taught to enjoy classic rock, basic wood working, the importance of a good bowl of ice cream, and other essential life skills.

Family tolerated his corny jokes while admiring his woodworking, furniture building, and his smoked ribs. Jim traveled throughout the US, Europe, and parts of Africa, enjoying beer tasting along the way. Some of his favorite memories were of camping, swimming in Lake Erie, and the many beach dinners with family and friends.

Jim earned a Masters of History at Cleveland State University. His career was spent working at Ohio Bell, Ameritech, and National City Bank.

Jim is survived by his wife Sue, his daughters Rachel Waite (Trevor) and Rebecca, granddaughter Liesl Waite, and his siblings and their families. He is also leaving behind his beloved dog Willy, cat Baby Moses, and family horse Annie.

Thank you to Dr. William E. Braun, Dr. Saul Nurko, and the many caregivers at the Cleveland Clinic who Jim and his family have encountered over the years.

Private services to be held at Jenkins Funeral Chapel in Westlake with a reception announced at a later time.

We are so saddened by your loss. What an amazing man! Jim was such an intelligent gentleman. We remember him always smiling, friendly and caring. We can't imagine your family's pain but please know that you are in our hearts, thoughts, and prayers.

I still remenber the first time we met - I applied for the position of the babysitter to take care of your girls. Both Jim and Sue made me feel so welcome and special that I went home to my husband and said I belive I have met the kindest and most freindly folks in Lakewood. You cared and loved your girls so much so that they would wait for you very evening to tell you of their adventures. I remember every time I took Rebecca to the Park I had to have a quarter so she could phone you from the park to say hi. Sue, Rachel, Rebecca, Liesl and Trevor take comfort in knowing that Jim is in a better place now. Fly high with the angels! Love Sam and Annie.

We were so saddened to hear of Jim’s passing and our thoughts are with you and your entire family. Jim was a gentleman and a scholar and we enjoyed the experience of being In his presence and his wisdom on the Maplecliff board. Our hearts are with you as you are dealing with your loss, hugs and kisses.
Larry and Shelly

Condolences on the loss of your husband, Sue. I remember, from years ago when I was placed at Riverside for student teaching, of you speaking of your family with such love. May memories of your beloved bring you so much comfort.

We are so terribly sorry for the loss of such a wonderful neighbor. Jim had such a great way of making everyone feel welcome. From the first day we met him, you could just tell he was a kind soul. You could hear the joy in his voice when greeting Liesl. It would make us smile from two houses down. Sending you all our deepest condolences and big hugs. We will be sure to toast to Jim over a big bowl of ice cream. Much love, Mark, Autumn, Maren & Simon

Jim has been a Maple Cliff fixture for much longer than we have been living on the street. His kind and gentle presence will be sorely missed. Our sincerest condolences to Sue, Rachel and Rebecca and the rest of his family.

We would have liked more time with our friend. We know a great ice cream, for instance, that would have supplanted his previous bowls. ... And I don't think your jokes were corny, Jim; but I may not be the best judge of corniness. Thanks for the great porch chats; I will miss them muchly.

Sue and Her Jim, first visited our family in Harrogate, England.
One of the first things I noticed was His smile his beautiful eyes; they lite up his whole face. You could read his eyes. Behind them: treasures
of Peace, kindness, love and Laughter!
I often wondered, how a man with his last name could tell the same GOTTSHALL Corny"
Jokes!!
When one, meditated on his advice, and listened to his adventures, you knew this creative Man was special. Jim Gross, was... what you saw, was what you GOT!!
And my Friends, what we all got was, EXTRAORDINARY.
We all live in the hope of seeing you again.
Love your Family in Surfside Beach and Harrogate, England