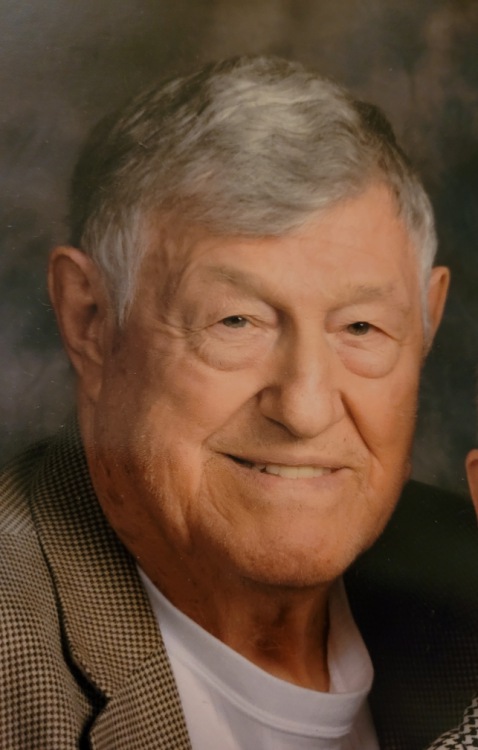 Edward was born on September 21st, 1932, in Glassport, Pennsylvania. He is son to Mildred and Mathew, and brother to four brothers and two sisters (Ken, John, Leonard, Robert, Doris and Betty, all deceased).

As a young man, he loved to participate in sports, playing football (achieving all state status), basketball, and baseball while attending Jefferson Morgan High School. Edward's natural and learned athletic skill lead to recruitment by many colleges offering him sports scholarships. He chose to become a Tennessee Volunteer and was part of the Volunteer Cotton Bowl squad during the 1952/1953 academic year. Edward also was an accomplished bowler, receiving American Bowing Conference recognition for a 300 game in league competition.

Edward left university on being drafted into the Army during the Korean war, and served in the Signal Corps. Following service to his country, Edward dated and married his love, Mary Kathryn, and eventually moved his young family to the Cleveland area for a better life. He retired from his final position as an Electrical Tester at the Reliance-Electric Company, after serving over 40 years there. After a number of years, Edward and Mary moved to Olmsted Twp., to be closer to their daughters and grandsons.

Like many of his generation, he did not shy away from doing the right thing, whether it required stepping in to stop a group of bullies picking on a young boy, attempting to stop the theft of a young child's bike at the mall, or some other wrong he happened to come across.

In his last days, he was lovingly cared for by his family, the staff of Fairview General Hospital and Ames Hospice of the Western Reserve, last of note where Edward passed into perfect peace the evening of October 20, 2021.

Celebration of Life to be held Monday, October 25 at 10:30 am at Columbia Road Baptist Church, 4116 Columbia Road, North Olmsted, 44070. Family and friends will be received from 3-6 pm Sunday at Jenkins Funeral Chapel, 2914 Dover Center Road, Westlake. The family requests that visitors who are not vaccinated against Covid-19 please wear masks. In lieu of flowers, memorial contributions may be made to Hospice of the Western Reserve, Columbia Road Baptist Missionary Fund, or The City Mission.

Sending condolences from the Bob Cipcic family in Virginia, South Carolina and Ohio to Bob's brother, Ed's family in Ohio. We love you.

So sorry for your loss Mary K. I will be thinking about you and your family. Ed was always very friendly and nice to me.

You have our deepest sympathy. I have lots of fond memories which I hold dearly. Take care.

Fond memories of times with Ed and Mary. Rejoicing with you that Ed is with the Lord. But the "missing" here is so very real and difficult. I am carrying your family in my heart and prayers.

mary. so sorry for your loss.. prayers for you and your family.. i won't forget the car bought from you. it was a good deal

mary. so sorry for your loss.. prayers for you and your family.. i won't forget the car bought from you. it was a good deal

Our heart felt condolences. We rejoice that Ed has seen his Savior face to face and pray that God will give you comfort as you experience the sting of a personal loss.

My heartfelt sympathy to my dear friend Mary, her daughters RuthEleanor and Lisa and family. May God bless you and with His love and strength during this time and the days ahead.
With love, Ellie Radaker

In loving memory of my broth in law.
My thoughts and prayers are with Mary and the family.

Thoughts & prayers are with you.