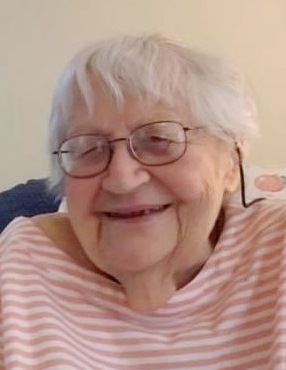 Carol received an Associate Degree in Business from Cuyahoga Community College and worked in the Patients Account Department at Fairview General Hospital.

She was an active member of her church (Church in the Woods, Parma) where she served as their first woman Deacon and sang in the choir for many years. She volunteered as a Red Coat at Cleveland Playhouse Square. She was an avid Cleveland Indians fan.

Carol loved to write and had a number of articles published in the local newspaper. She had two pen pals: Mrs. Annette Robinson (England) she corresponded with for 75 years, and Mr. Naoto Wada (Japan) for 48 years.

Family will hold a private Celebration of Life.

I am so sorry for your loss. The time I spent with Carol and you was one of the happiest times of my life. Rest in peace, Carol.

Home at last in the arms of Jesus your Savior. Hallelujah.

Feel always love if I thinking of her!

I'll miss you Carol. For as long as I can remember you have been in my life.
Be at peace and I'm sure you'll be watching over us all.