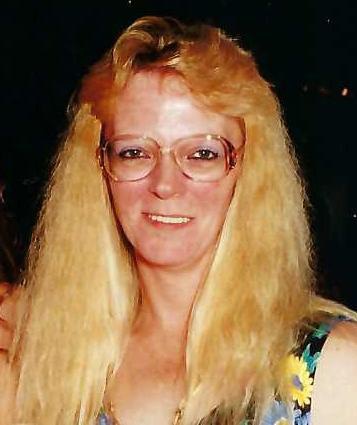 Birthplace: Lakewood, Ohio Resided In: Westlake, Ohio
Cynthia Ann Hering passed away in her sleep, in her home she shared with her loving partner, Thomas Gallaway (Butch) in Westlake, Ohio, September 17th, 2021.  Cynthia, better known as Cindy was born in Cleveland, OH Sept. 11, 1957 to late Dorothy D. Hering (Filliez) and late Elmer J Hering. She was the youngest of six children: Ronald J Hering, brother, late brother John A. Hering, sister Debra Yuncker, Trudell, (Hering), Joan M. (Hering) Miller (Richard) and Robert A. Hering (Vicky).
The family moved from Cleveland to Columbia Station, Ohio where she attended school. She belonged to 4-H. The family had a mini farm, raising sheep, pigs, rabbits and dogs.
Cindy was blessed with five children: Andrew J. Canady (Christina), of Paducah, KY, Jason Canady of Paducah, KY and Christopher Canady of North Ridgeville, Oh., Jennifer (Nagle) Tyson (Matt) of Kansas City,KS and Raymond Nagle, who preceded her in death.
Her five children added more joy to her life with twelve grandchildren. Drew Canady, Keira Canady, Tyler Canady, Dom Canady, Axel Canady, Leland Canady, Ezekiel Canady, Cody Canady, Carly Canady, Cassie Schaffer, Evelyn Tyson and Eleanor Tyson.
We will remember Cindy as having a happy, very outgoing personality. Her smile could light up a room, which she never entered without making a few more friends. She was the happiest when spending time with family and friends. She especially enjoyed motorcycling with her love, Butch and attending the local VFW functions. As you can guess, serving others and making them happy made her profession of waitressing/ server excellent for her.
Cindy had requested no services to be held. The family will hold a Celebration of Life on October 16, 2021 at 1:00 pm at the North Ridgeville VFW Hall, Post 9871, located on Lear Nagle Road.
In lieu of flowers the family requests to please make donations to your favorite charity.
All Memorials

It's been 8 months since your passing. I still miss you as much today as I did when you died suddenly. I'll always hold you in my heart as it's there I keep you alive. Love and miss you more than words can say.

My beautiful and wonderful sister. I will miss you deeply and wish you beautiful days with Mom and Dad. Butch, I am so very sorry for your loss.

RIP Cindy.....I will miss your laugh and the trouble we got into. You were my little sister.Never forget.Love.

So sorry to see you pass your children Jason Andrew and Christopher were my step children but I love them like my own they truly loved you and will miss and remember you every day. I know you truly loved them to. And all your beautiful grandchildren will know you by the stories they will hear about you.

All of the memories I will last me a lifetime but you will be dearly missed. All the love and help that gave me over the years will always remain in my heart along with a piece of your beautiful, wild spirit. Fly high with Angels and Dance in the stars..... Love you Lady.

Cindy, you will be forever missed. Love u. We had fun working in the kitchen @ VFW Post 9871 helping Ann. The laughs & fun we shared. Memories will treasure in my heart.

I love you very much miss you

All the memories I have from my childhood, being a teenager, to becoming a mother myself and now I grandmother. Aunt Cindy, I always loved our talks, the many nights that lead into the wee hours of morning when i stayed over . I'm just sorry I didn't continue that bond and closeness as I've gotten older. I really wish you could've met Nick. Hes made me so happy you would've really liked him. I miss you and love you more than words can express l. I love you, rest peacefully and embrace your loved ones you are now with once again. I'll be seeing you