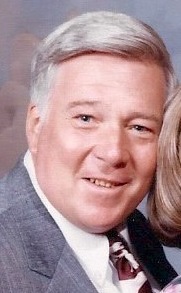 Bob, a 1952 Euclid High School graduate and an Air Force veteran, was a Westlake police officer for a very short time before pursuing a career in health and beauty aids sales for several major companies, being the number one salesman for Mennen for several years.  He was an avid reader, especially books about the history of the American West including biographies of notable personalities.  He also read about American organized crime.  He enjoyed music from the 1920’s through the 1950’s, with an especial love of jazz.  He enjoyed movies and theater, acting in over 30 little theater productions produced by the Solon Players, Manistee (Michigan) Civic Players and a few while he lived in Colorado.  Throughout his youth and adulthood Bob enjoyed his summers in Onekama, Michigan at the family cottage on Portage Lake.

Celebration of Life to be held Saturday, September 11 at 11 am at Jenkins Funeral Chapel, 2914 Dover Center Road, Westlake. In lieu of sending flowers, Bob would have liked you to use the money for a night out enjoying a dinner, theater production or a movie with someone special.

Feel like I knew Bob through the great stories of shared family history and summers with Jim (and Martha). More personally in his Best Man role as he escorted me down the aisle at Jim and Claudia’s wedding, or in other brief encounters over the years. Bob, and the sparkle in his eyes will be remembered.

He was a wonderful man what I got to know of him he light up everything I'd come over to his sons house we laugh we cried we had great times I'd sit next to him an listen to his war stories an I enjoyed every moment I got with him an able to know him.....im so glad I got to meet this wonderful gentleman you will be remebered an very missed ur God angel now fly free I love you dad