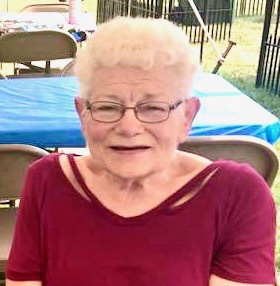 Marilyn was born at home in Swanton Ohio September 25, 1942 to Robert Fuller and Edna Fuller (Dunkerton). She was the sister of Robert, Dorothy and Richard Fuller. Marilyn graduated from Swanton High School. She then came to the Cleveland area to attend Baldwin Wallace/Fairview School of Nursing. She met her late husband James while attending school and they were married in 1964. She was the loving mother of Janice(Rozanski),Gail(Case),and Steven. As the girls were growing up she was their Girl Scout Leader for 9 years. Steven was considered an Honorary Girl Scout and went everywhere with the troop. She shared her life skills of sewing, cooking, crafting and camping with many girls. She joined card club in the 1970’s in the development where she and Jim raised the children in North Olmsted. The group of women continued to play cards with the group up to this past June. She remained close to Barb and Billie from the club. She also found time to join a Bowling League and devoted time to gardening. As the kids were growing up she and Jim would take them on family vacations. They went to Canada, the east coast,Smokey Mountains,Disney World and out west to Yellow Stone. As the kids left the nest they went on cruises, visited Alaska Hawaii and Europe. She continued her career as a nurse and worked at Fairview since graduating from Nursing School in 1963. She worked on a Med/Surg Floor and the Outpatient Department. When the kids were in High School she decided to return to college and get her Bachelors in Nursing from Ursuline College.  She then retired from Fairview Hospital and began teaching nursing students at Bryant and Stratton, Cuyahoga Community College and Lorain Community College. You couldn’t go to the hospital with a nurse coming up to her saying Mrs. Krupa do you remember me I was one of your students. She watched all her children get married Janice to John, Gail to Jim, and Steven to Dianne. Janice and Steven left Ohio and moved to Florida and Gail stayed behind. She welcomed Kristin(Brian), Jimmy(Kim), Kyle, Zackery, Amanda,Jeffrey, Ryan,Jena, Ashley, Jaret, Nicholas, Emma,Elizabeth, and Kolton. She loved each and everyone of her grandchildren dearly. On their birthdays she would call and sing Happy Birthday. As she grew older, Janice bought a house close to Gail and moved her and Jim into it. After Jim’s passing, she adopted her beloved dog Georgie . They spent half a year in Florida and the other half in Ohio. In 2016, due to her health it would be best if she lived with Gail. So Janice and Gail sold their homes and built one big enough for her to live with Gail. She continued to live half year south and North for 3 more years. In 2019, she was in Ohio full-time due to her her health. She struggled with many illnesses to the end and hung in there until Jim Case promised to give Georgie a forever home. We will miss your beautiful smile, warm hugs, and caring heart!   Mass of Christian Burial Saturday, September 4 at 10:00am at St. Mary of the Immaculate Conception, 2640 Stoney Ridge Road, Avon. (PLEASE MEET AT CHURCH). Friends and family will gather FROM 5-8PM ON FRIDAY AT JENKINS FUNERAL CHAPEL, 2914 DOVER CENTER ROAD, WESTLAKE. Interment Sunset Memorial Park, North Olmsted. In lieu of flowers, memorials may be made to American Diabetes Association or National Kidney Foundation.

sorry for you loss our prayers are with the family