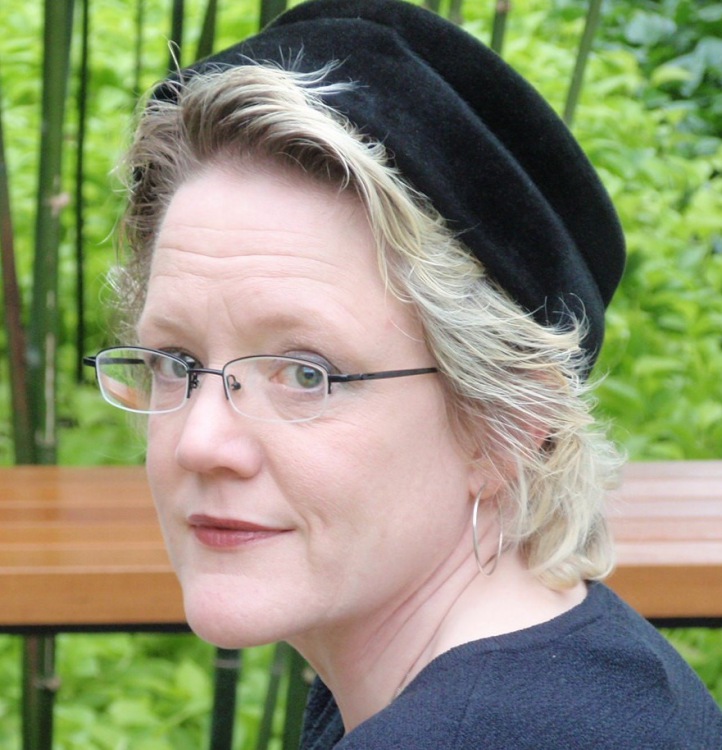 Dee Janmey Pipik came into the world in Cleveland, Ohio on March 19, 1962, the daughter of Arleen Janmey and her late husband Robert, younger sister of Robert and Jeff. She grew up in North Olmsted among her wide extended family on both sides, a lover of nature and arts and running.
At only seventeen she lost her right leg in her first victory over cancer, one she renewed daily for the next forty-plus years as she once again put on her prosthesis and went out into the world. Not long later she first met a Parma Heights boy named James Pipik, son of Frances and Dr Paul Pipik of the large and far-flung Pipik clan. She graduated a year later from Lutheran West High School in Rocky River and went off to Northland College in Ashland, Wisconsin where after four idyllic years she received her bachelor’s degree in Biology with a minor in Art. She dreamt of a life’s work that somehow joined science with art.
On returning to Ohio she once again stepped out with Jim onto the crooked paths of love, which five years led them to the altar. The Pipiks took Dee to their hearts, adding another sister to their amazing number. Soon Dee’s brothers also married and added both in-laws and a new generation of young Janmeys to the family. Jim Pipik spent better than two decades in youth ministry in the Catholic Church and is now a pastoral musician.
In 1995 Dee began her twenty-five-year career in art conservation at McKay-Lodge Arts Conservation Laboratory in Oberlin. She worked on a little of everything from objects to paper at the lab but came to specialize in frames and gilding. For decades to come frames she restored will hang in museums across the country, and her gilding will continue to dazzle eyes from monuments and flag poles and memorials and sculptures in New York, Pennsylvania, Washington DC, and elsewhere. Her goal of a life’s work in both art and science was realized.
In 2000 Dee and Jim moved to Amherst and Dee gave birth to their daughter Sophie. True to her name, Sophie has grown up wise, and true to her mother, kind and beautiful. Sophie graduated from Elyria Catholic High School and now attends Oberlin College.
In 2012 Dee overcame breast cancer, and in 2017 when it became known that the cancer had metastasized, she once again pushed it aside. But last Monday, August 2, with her husband of thirty years holding her hand, she finally moved on from that struggle into peace. Always humble, she little believed how her fiercely lived and loved life gave courage to those who knew her. But we who were lucky enough to be her family and friends will carry her life with us always as a light to guide us. Family and friends will gather 2:00-4:00 and 6:00-8:00 on Friday, August 6 at Jenkins Funeral Chapel, 2914 Dover Center Road, Westlake, OH 44145. Dee’s Funeral Mass will be held at 10:00 on Saturday, August 7 at St Ladislas Parish, 2345 Bassett Road, Westlake, OH 44145. A reception will follow in the parish hall.
In lieu of flowers, the family asks for donations to the good people at Ames Family Hospice House-Hospice of the Western Reserve, 30080 Hospice Way, Westlake OH 44145.

Hi, Jim. I was so sad to hear about Dee. She was amazing and always brightened up every room. It was special seeing her at Vargo’s birthday party. It had been so long. I lost my dad a week ago and was living with him for a few weeks at the end doing hospice at home. So, I know something of what you just went through and the void you must be feeling, but losing a dad can’t compare to losing a life partner. Seeing you together at Vargo’s it was clear that you had an amazing friendship and love for one another. You gave her a lifetime of love, happiness and joy. I hope those fond memories will help carry you through this difficult time. Take care, my friend.

To the Janmey and Pipik families,
We did not know Dee but her story of courage and resilience is amazing. Please accept our heartfelt condolences on Dee's untimely passing and know that our thoughts and prayers are with you during this time of sorrow. Godspeed and rest in peace Dee.

Dear Jim, Sophie, Arlene, Jeff, and Bob....All of you have had the pleasure of growing up with Dee, a gracious, courageous, creative and gifted individual. Terry, Paula and her nephew and nieces, all of you have had the opportunity to have Dee in their lives and watched her and she loved each of you individually. Dee is one that sparkled when she was engaged with you, one that was always kind when she talked to you. she was always smiling and always compassionate. She will truly be missed and yet, she is not that far away. She has given you beautiful memories and will be with her Heavenly Father as well as her earthly father. She will be watching over all of you. Dee, may you rest in peace and truly enjoy the heavenly blessings which you so richly deserve.