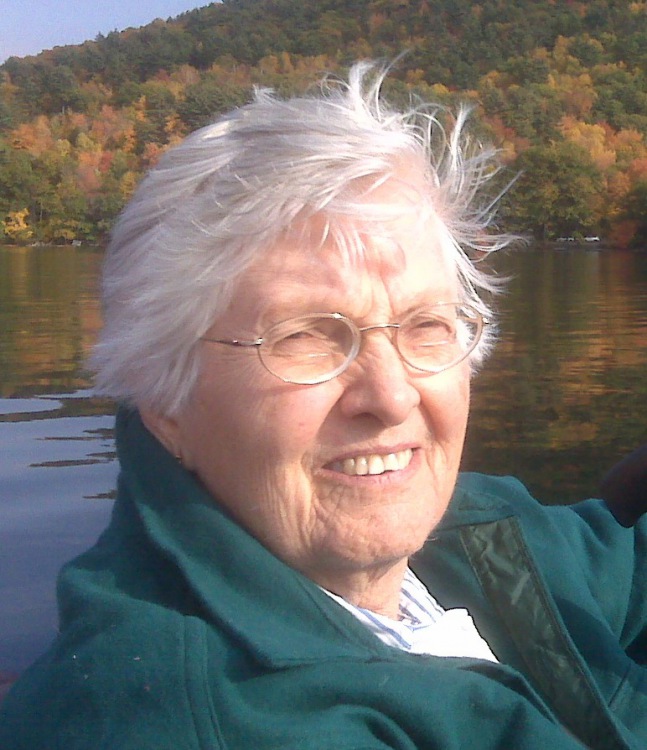 She grew up in Riverton, New Jersey.  Her life revolved around education.  She graduated from Temple University in Philadelphia, earning a B. S. degree in 1951.  Her teaching career began as a kindergarten teacher in New Jersey and then Iowa.  Virginia went on to earn a M. S. degree from the University of Michigan in 1958.  She completed a Doctorate in Education from Columbia University in 1967, while she served as an assistant professor at Temple University.

Virginia was a professor of early childhood education at University of North Carolina (1967-1969), and then spent the rest of her career at Indiana University in Bloomington, Indiana until her retirement in 1991.

She amassed numerous academic achievements and awards, as wellas compiling a long list of research documents,writings and speeches.  However,her first love was teaching in the classroom and working with graduate students to assist them in achieving their goals.

Ginny loved to travel and there were few places she did not get a chance to go.  In her later years, she travelled with her sister Priscilla. They would choose their trips based on places they had never been.  They both would send the family individual travel logs, which became the source of many Aunt Ginny stories.

For her seventy-fifth birthday, Ginny arranged her own party at Squam Lake in New Hampshire, where the movie “On Golden Pond” was filmed. Ginny, ever the teacher, required her siblings and nephews’ families to provide their own “Aunt Ginny Story” (of which there are many!).  Everyone gathered stood up and told our their Aunt Ginny story.  The youngest grandnephew, when it was his turn to share, admitted he had no story.  Ginny quickly responded saying, “Well, now you have one.”

Ginny was forever curious and always found a way to get some instruction in when she was visiting with the family.  Since she never married, her family of nephews and grandnieces and grandnephews were very important to her, and often the recipients of her teachings.

A private family memorial service will be held at a later date.

In honor of Ginny, donations to the arts and childhood education in her name would be encouraged.

I have been trying to locate “Ginny” for several years and was not able to find where she had moved after leaving Indiana. I just came across her obituary.
“Ginny” was my neighbor in Riverton and I had the privilege of being in her Kindergarten class in 1955! She made my first experience in school so memorable and helped to build my love for education. She formed my foundation for learning and I eventually became a kindergarten teacher…. I think because of her!! Our families stayed in contact for many years and my mother enjoyed traveling with Ginny to Hawaii and they took a few other trips together.
Ginny has made a lasting impression with me and she certainly has touched so many people’s lives. Sending my condolences to her family. I will treasure many fond memories of Ginny.

I met Ginny when I was a doc student at Indiana University. Then she wasn't "Ginny" but Dr. Woodward. I thought she was great. She was a lovely person who had a great smile Professionally she made major contributions to the field. Teachers and kids all over the country were helped by her. I loved reading this obituary and learning more about her as a person. She seems that she was absolutely delightful. I am very sorry for family and friends who must be missing her terribly. My sympathies to you all.

I am sending an abundance of love to all of Ginny's family. It was my honor and pleasure to know Ginny during the time she spent in the Meadowood Health Pavilion.

With my deepest condolences,

Ginny was my mentor, teacher, and friend. I honor the legacy she leaves to educators who will continue to touch the lives of families and children in miraculous ways.

I just learned of Ginny's passing. She was my mentor and dissertation chair at IU. I find myself often reflecting on her wisdom and guidance in my current role. My prayers and thoughts are with your family.