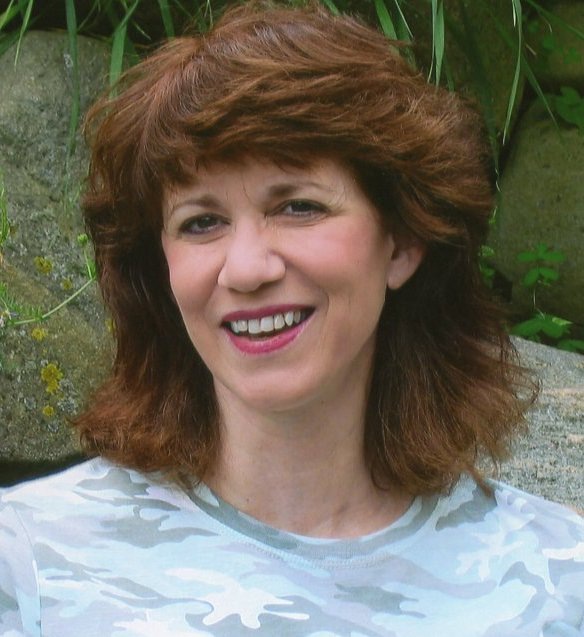 Bev was born in Lakewood, Ohio, on August 11, 1943, to Robert and Miriam (Jones) Russon.  As a young girl, she enjoyed spending summers at Camp Robin, with horseback riding, swimming, crafting and singing by the campfire. She attended schools in Lakewood, graduating from Lakewood High School in 1961.  While in high school,  Bev’s art talent was recognized, and she was encouraged to consider art school upon graduation.  Instead, she attended Dyke Business College (Myers College) in Cleveland, where she became certified in Advanced Stenographic. She managed to balance her time in college classes with a job in the notions department at Higbee’s and after-work evenings looked forward to ice skating at Winterhurst.  Later, she briefly attended Cuyahoga Community College in Cleveland, as a candidate for a Bachelor of Arts in Commercial Art.

Bev had a variety of work experiences over the years.  For a decade, she worked for American President Lines.  When she decided to try something new, she bought a Naked Furniture franchise.  She also worked for the Salvation Army.  Eventually, her secretarial skills led her to a job with the Central Intelligence Agency in Langley, Virginia, following the 9/11 attacks.  Upon her retirement from her government service, Bev worked for Premier Physicians of Westlake.

Being artistic and creative came naturally for Bev.  She created an elaborate embroidery on a gauze shirt in the 70s for her sister.  She also made intricate sweaters for her grandchildren when they were young.  One of her favorite art projects was making crafts out of seashells.  She loved the ocean, being near water, even though much of her life was not lived on the water.  When she wasn’t doing crafts, Bev enjoyed relaxing either reading a good book or watching one of her favorite sports teams - the Cleveland Indians, the Browns, and especially the Cavaliers.

Beverly is survived by her daughter Laura Jean Tabor of Westlake; her brother David (Jean) Routa of Vadnais Heights, Minnesota; her sister Deborah (Russ) Johnson of Harvard, Illinois; her granddaughter Samantha (Jessie) Metrick of Parma, Ohio; her grandson Luke Tabor of Avon, Ohio, and many nieces and nephews.

Friends and family are welcome to celebrate Bev’s life on Tuesday, March 2, 2021, at Jenkins Funeral Chapel, 2914 Dover Center Road, Westlake, Ohio 44145.  There will be a visitation starting at 10 a.m. with a memorial service at Noon.  Interment will follow at Lakewood Park Cemetery in Rocky River, Ohio.

In lieu of flowers, please consider a donation in Beverly’s name to The Humane Society or ASPCA or a local animal shelter.

I know for certain that we never lose the people we love, even to death.

They continue to participate in every act, thought and decision we make.

Their love leaves an indelible imprint in our memories.

We find comfort in knowing that our lives have been enriched by having shared their love.

We watched Bev's service as we wanted to share the time with you and Jean and Dave, my sister and brother-in-law who were not able to be there. We were blessed to hear more about Bev's varied and meaningful life and also hear the sweet words from the pastor. "Morning has Broken" is a favorite song of mine as it is a way to be grateful for each new day. May God bless you and your family in the days to come.

I worked with Bev in Langley, Virginia. She was an important contributor to the success of her large 50+ person office. Her intelligence, work ethic, teamwork attitude, art creativity, sense of humor, and genuine kindness were respected by everyone she worked with. Bev will take those extraordinary qualities to Heaven with her.

I worked with Beverly. She was a kind, loving, gentle and generous woman. May she find peace and happiness, surrounded by God's eternal love. I love you Beverly.

My prayers are with the family. May God comfort you Laura, Sammy, Luke and all who loved Beverly.