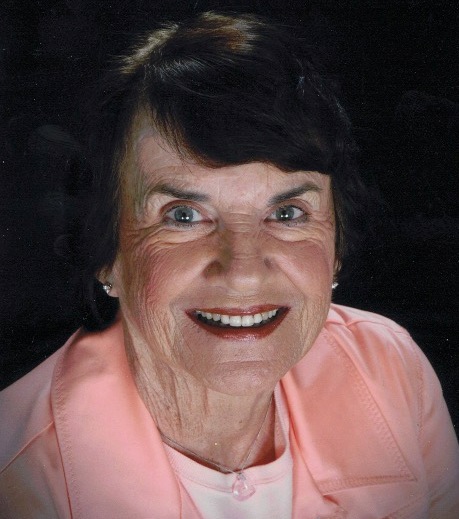 It is with great sadness that the family of Dr. Barbara Keelor Lovin announce her passing on Friday, January 22, 2021 at the age of 82.

Barbara was preceded in death by her husband of 24 years, Cliff; her parents Howard and Bernice; and her brother Rick.

Barbara spent her young life in Cleveland, Ohio attending St. Augustine high school & Western Reserve University.As an adult, she found her passion in North Carolina where she met and married Cliff Lovin and was a member of the faculty of Western Carolina University College of Applied Sciences from 1983 until her retirement in 2001.  Barbara first served as a program director for the Emergency Medical Care program and then Department Head. During this esteemed tenure, Barbara earned a doctorate degree from Columbia University. The Barbara Lovin Award for Academic Excellence is presented to a graduating senior at WCU each spring.

Barbara and Cliff were world travelers who had an extraordinary number of adventures spanning many countries from China to Europe to the U.S.  They were avid golfers perfecting their rounds in North Carolina and Florida.  Barbara and Cliff were also great baseball fans following the Cubs and the Indians across the U.S.  Their love for one another was based on a mutual love of family, knowledge, adventure, and joy.

In keeping with Barbara’s wishes, the family will hold a private ceremony.  Memorials may be made to Dr. Lovin’s Award for Academic Excellence through the fund for WCU:select “other” and designate “Lovin-Belcher Endowment Fund.” https://www.wcu.edu/engage/give-to-wcu/where-to-give/loyalty-fund.aspx

I am sad to hear about the death of Dr. Lovin. She was a dedicated and loving educator. She made a mark on this world and touched countless lives. We will miss her.

I was in the first graduating class of the EMC program that Dr. Lovin started. I graduated in 1984. I remember Dr. Lovin arriving at WCU. She help me to decide and obtain my second degree in EMC. She is one of two people that made a true difference in my life. She came to my wedding. I loved Dr. Lovin and she will be missed.

Barbara was a dedicated educator whose vision and determination gave birth to a whole generation of health professionals, leaders, and educators in the field of Emergency Medicine.
Barbara’s legacy will have an enduring impact in North Carolina and throughout the country.

I am so sad for each of you. I have you in my heart and am trusting that your faith in God will guide you through these days. I send my love to each of you.
Pansy

Fly high Babs. Thank you for always believing in me, supporting me and preparing me for the career I loved deeply.

A life well lived...full of love and adventure. Will and I miss you!

Barbara, Cliff, my husband Gene, and I spent many good times together. One is fortunate to have had the opportunity to be and know Barbara and please know her friends in western North Carolina mourn her passing.

“A life well lived!” Will miss you always.

I am more than heartbroken. I was at Western from 1988 through 1992, graduating from the EMC program. Dr. Lovin was like my mom away from home and guided me through many challenges and taught me so much that I carry with me today... may the Lord bless you and the family in the days to come. She left a mark on many lives.