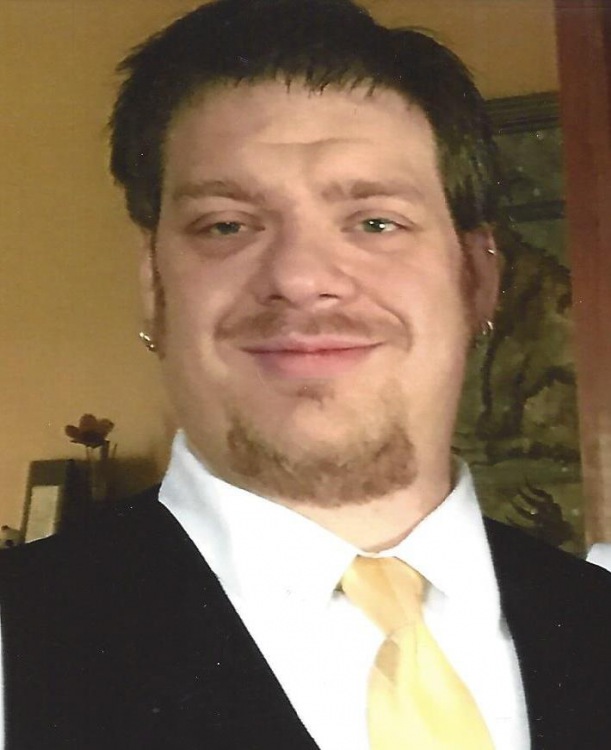 Michael J. Colleran, 35, passed away unexpectedly December 17th, 2020 from natural causes. He was born February 5, 1985 in Cleveland, Ohio, the son of Jack (deceased) and Cathy (Rosepal) Colleran. He attended Avon High School graduating in 2003 where he was a member of the drama club and marching band, playing in the drumline. His passion for the arts carried on throughout his whole life; graduating from Western Michigan University with a major in Theater and empathically playing the drums in several bands with close friends.

Michael was a fan in every sense of the word. His burning love for his favorite sports teams, the Pittsburg Penguins and all Cleveland sports was always on display either through his clothing or their championship memorabilia. He also was an avid collector of all things Metallica and his beloved Funko Pops. His overall love for pop-culture was one of his most enthusiastic qualities.

Michael’s life brightened when he met his best friend and future wife Nicola Phillips. Over the next 14 years the two became inseparable and married on November 2nd, 2019. Together they took loving care of their three fur-babies Kix, Robin and Iris.

Michael was a loving husband, a cherished son and an exceptional brother. He is survived by his wife Nicola. His parents, Cathy Colleran and stepdad Ron Cillian. His two younger brothers Sean (Chantel) and T.J. (Erin). Also, Nicola’s family who graciously welcomed Michael in as their own son; in-laws Ricky and Lucy, brothers-in-law Daniel (Katherine) and Matthew. Also loved by his many close friends.

Funeral arrangements are being handled by the Jenkins Funeral Chapel, 2914 Dover Center Road, Westlake. Calling hours will be Monday from 3-7. The eulogy service will be held on Tuesday at 11:00a.m. at the funeral home followed by the burial at St. Joseph Cemetery, Avon. In lieu of flowers, the family asks that you consider donations to the Berea Animal Rescue Friends foundation.

Our thoughts are with you and the family.
Sending love and strength.

My thoughts and prayers are with your family.

I think of your talent, laugh, constant drumming and songwriting. The countless hours we spent listening to music and talking about what we would do, when we grew up.

You had the biggest heart...

You will always be remembered for your vibrant personality and love for music. I remember when you came over with one of the puppies and asked me to our senior prom, literally the day of the prom! I’ll never forget it.

Rest In Peace. Sending prayers for strength and healing to your family and friends.

Michael.
Even though it's been sometime since we last talked, I miss you cousin.

My thoughts and prayers are with your family and close friends.

May you find eternal peace in Heaven.
God Bless.

I will miss you my friend. Mobile Generations family reunion at CES will not be the same without you.

Sending love and virtual hugs from our home to Mobile Generation, Nicola, fur babies and family.

Rest in peace my friend. Godspeed

I will miss your boisterous laugh, your knowledge of so many odd things, watching you get lost in the rhythm while you play the drums and most of all just seeing your face and giant smile. You are truly missed, till we meet again dear friend.

May the Peace of God be with your family at this time. In the short time I knew Mike, I know he was always seeking God’s peace. He was an amazing performer and will be missed by those who had the chance to watch him onstage, the one place he was comfortable and at peace.

Mike's talent was exceptional and his passion for the arts boundless. I'm keeping his family and close friends in my thoughts and in my heart in this difficult time.

On behalf of my family, I am so sorry. May the Lord be with your families at this time.

Prayers to your family and friends. Thank you Mike for believing and being in my first film. I literally could not have done it without you. I will forever be grateful and you will be missed by everyone who knew and loved you.

Nicola and family, So very sorry for your loss. You are in our prayers.

Peace and love for your hearts.

Rest in power my friend.