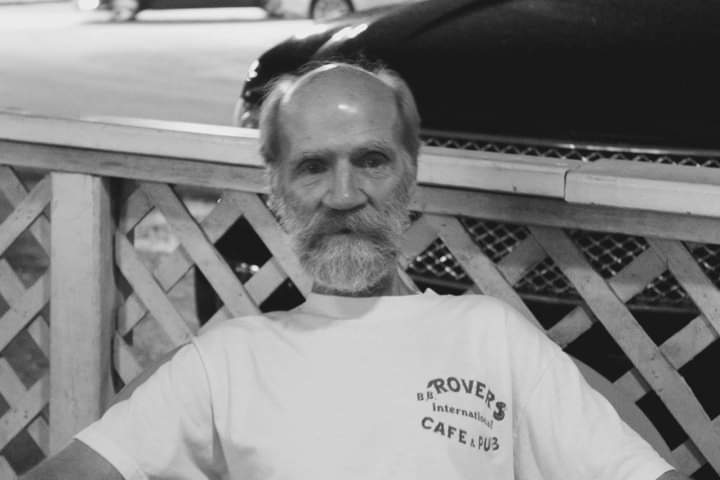 John Christian Gross was born on August 5, 1953 in Lakewood, OH, the third child (eventually of nine) of Alma and Leo Gross. After early childhood in Avon Lake, the family moved to Bennington, VT in 1957 and St. Albans, VT in 1960. He attended elementary schools in both of those towns and enjoyed roaming the fields and woods with the scores of baby boomer neighbor kids. His sense of adventure developed early and served him well throughout his life.  He attended Bellows Free Academy in St. Albans for a year before the family moved to North Olmsted, OH, in 1968, where he attended Lutheran High School West in Rocky River, graduating in 1972.  John joined the Navy after high school, but his enlistment was cut short by a medical discharge. Growing up with the snowy winters of Vermont piqued his interest in skiing. So after the Navy, John moved to Breckinridge, CO, where he taught skiing and became one of the very early freestyle and acrobatic skiers, with the moniker “Mogul Mouse.”  He was also one of those crazy guys who skied the cornices and set off small avalanches with grenades before they could become dangerous.  In Colorado, he made Texas connections and moved to Houston after accomplishing all he could skiing-wise.  He worked for a pool company and also became a plumber. A deep freeze in Houston froze and broke thousands of water pipes, so for over a year he worked seven days a week restoring them.  This allowed him to raise a stake to join with several friends to open BB Rovers Pub in Austin in 1987.  His cooking skills and encyclopedic knowledge of beer turned BB Rovers into a friendly, popular gathering place with local music, good conversation and fun pub fare, not to mention featuring over 200 beers from around the world.  John loved hosting and cooking huge family-style holiday meals for BB’s patrons and friends, especially at Thanksgiving.  In Austin, John enjoyed playing golf, biking, woodworking, traveling (researching unusual beers!) and teaching new phrases to his African gray parrot, BB Rover, Jr.  After more than 30 years behind the bar and stove, John moved back to Cleveland in 2019 to be closer to family.John loved playing with his great nieces and nephews.  John died peacefully at home on October 21.  He is survived by his mother, Alma Gross; siblings Paul Gross(Peggy Sadler), Cathy (Michael)Mayo, Judy (Tom)Blue, Nancy (Doug)Riesner, Heidi Gross, Jane Russell, Peggy (Paul)Rein, Bonnie (Ed)Wadel, their spouses and numerous nieces, nephews and great nieces and nephews. Memorial Service to be held Tuesday October 12 , 2021 at 10:30 am at St Paul Lutheran Church 27993 Detorit Road Westlake. Where family and Friends will gather from 9:30 am until time of Service

I fondly remember this jokester. Fellow graduate from LHSW 1972. Rest in peace John.

Great friend and a true Patriot. I will miss our talks and His endless wisdom about woodworking.
Rest In Peace.

I want to thank you for being a friend. a room mate, and person that was fun. You are one of the few people I knew with common sense and an intelligent mind.
I want to thank you for teaching me how to snow ski. I also think you have read about 2000 books.
I admire all the things you accomplished including, driving completed De Tomaso Pantera cars, (after they were repaired/modified at the shop in Colorado), back to their owners. All the special needs people you helped and encouraged in the summer times. And many more. II keep asking God if He has enough people up there. He wanted you to be with Him.
Say Hi to Ken and Randy.

I’ve known John since I was a kid and he was my moms boss at Rovers. A decade later he was my boss as well. John was always creating new soups, having us waitresses try before serving it to the guests. I would always joke with him saying that it would need a tad more salt! He would smirk and walk away. John didn’t always have much to say, but when he spoke you could tell what an incredible life he lived. We will miss you dearly John.

Sweet John, you were always so kind, helpful and fun. May you rest peacefully now in the arms of your angels

So many good memories from enjoying BBs over 30+ years. RIP John

Sorry for your loss. Sympathy to all the Gross family.

BB Rovers has been my home away from home for a number of years. John created something very special there, and he will be greatly missed.

John was always a good man
May he rest in the house of our Lord and savior.

John liked to laugh and have fun. I remember him fondly.

Remembering riding around town in John’s red Ford station wagon during our high school years before the rest of us even had our temps! We are glad you are at peace now. Sending prayers out to your family.

Fellow graduate of Lutheran High School West, John and I were good friends senior year, so sorry to hear of his passing and prayers to his family and friends.

Friend & Classmate at Lutheran West High School..
My prayers of comfort go out to all of the families involved!
Such sad news, but wonderful memories!!

John was kind, intelligent, and patient. He always had a sparkle in his eye that transmitted his quiet brilliance. He will be remembered eternally for all those endearing qualities which made him such a unique and beautiful person.

Over the years, John served me many a beer. He was always fun to talk with, & just an all around great guy. He will be greatly missed.

Thanks for all of the great food and beer over the years. RIP.

John was always the quiet strength behind the bar at BB Rovers. I have very fond memories of him there.

My condolences go out to his family. Please know he will be missed as he goes onto his next adventure.

R.I.P. brother. I'm glad we got to hang out after you moved back.

John's talents were many, but the family really enjoyed his cooking talents whenever he could attend family gatherings. He introduced me to smoked turkey and I think of his whenever I have some. I'm so glad he was able to return to Ohio so we could spend some time with him. Love you, John!

It has been many, many years since I saw John, but back in the day I spent many an hour at BB Rovers Bar talking, visiting, and drinking enough different beers (that John recommended) as I became a 101 member. I miss those days, and RIP to you John. I am honored to have known him.

John as been a friend, as well as business partner, for a lot of years - and beers -going back to the TV Rovers days in Houston. He was always ready to lend a helping hand when needed, and he never hesitated to share his wide range of knowledge and experience, whether it be in the form of advice or practical application. I am glad he was able to enjoy some quality time with family -we all wish it could have been longer, but I know, and am thankful, that he is at peace. I am blessed to have been among the many lives touched by his.