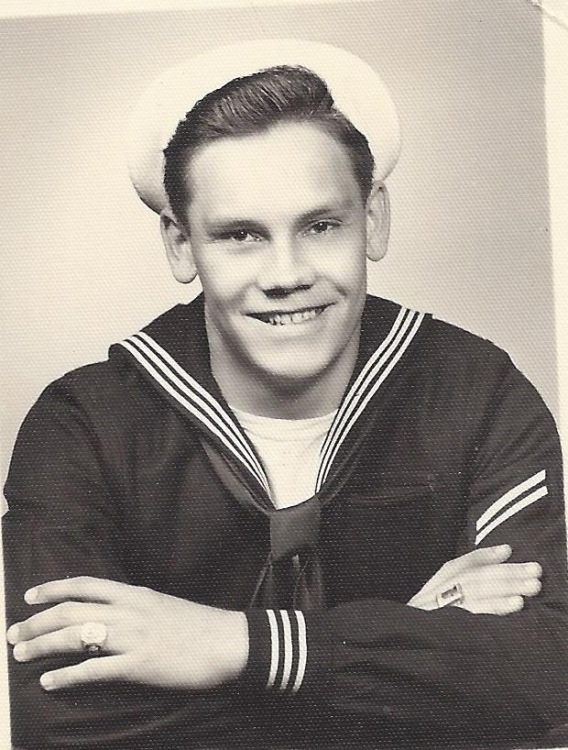 Michael Dzedzina, age 87, left us on Sunday, September 27, 2020. He died of heart failure. He was born on November 1, 1932 and was the dear son of the late George & Anna Dzedzina.
He was a special brother to the late Albert, Anne Schuerger and Lillian Bunch and is survived by his older sister Helen McCue. Mike is also survived by his sister-in-law Sandy Beverage.

He was truly the most loving and devoted husband to Carol and traveled our country with her making many memories and taking millions of pictures!!

Uncle Mike was a favorite uncle to Alan, the late Ken Bunch, Bob, Tom and Dianne (Metz) Schuerger, Debbie (Binder) McCue, Jim McCue, Kathy (McCue) Condrich, Tim McCue, Robert, Brian and Bonnie Beverage.
He was also a dear friend and neighbor to many.
Michael joined the Navy in 1951 and proudly served our country until 1955 during the Korean War.
He worked for Republic Steel on the railroad for many years.

In 1972 he opened the Detroit-Marlowe Barber Shop in Lakewood, Ohio, which he then moved to his home for the convenience of family & friends.
And last but not least, Mike was a huge football fan, but mostly of the Notre Dame Fighting Irish. Mike’s love, kindness and humor will be deeply missed by all who loved him. Friends and Family will gather for visitations Sunday October 4th from 4:00 -6:00 pm at Jenkins Funeral Chapel 2914 Dover Center Road Westlake.

Mike was a wonderful Uncle. I really enjoyed the my time with him and our phone visits.

The greatest memories of Uncle Mike and Aunt Carol was the quality time they spent with my brothers and myself. Taking day trips to African Safari, Sea World, Geauga Lake just to name a few. They never missed their nieces and nephews and eventually great nieces and nephews sporting events. Mike was able to see both of his twin great nephews get married which brought a lot of joy and happiness to him. We love him very much and know he has found peace.