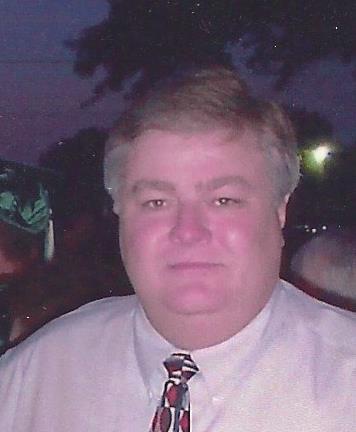 He will be deeply missed by his beloved wife Barbara (Bodmann) Dunn of 45 years. He was the dear father of three children, James “Kyle”, Jr. (Victoria), Courtney (Danny) Manaf, and Stephen; treasured grandfather to Alia, Trevor, Adam and Payton; and the cherished younger brother of sisters Sue (Alan) Banspach and Patsy Dunn. Jim was preceded in death by his parents James and Vera (Thompson) Dunn.

Jim was born March 6, 1953 in Fremont, OH. He was a 1971 graduate of Elyria High School and attended Kent State University. Jim was in sales and marketing and later went on to open his own business, Westshore Marketing Group. A lot of his additional time was spent volunteering and as a board member of many leagues, committees and associations.

One of Jim’s greatest passions was baseball. He played catcher and was the youngest player on Elyria’s 1967 Little League North Senior All-Star team, winning a state championship and playing in the Little League World Series, where they finished third in the entire world. He and the team were inducted into the Elyria Sports Hall of Fame years later. Jim passed his love of the game and athletic talents onto his children, coaching them at various levels for the majority of his 40 coaching years. No matter the sport, Jim was his kid’s favorite coach, teacher and fan. He was also an avid golfer, achieving an official 3 handicap as a member of Spring Valley Country Club where he won club championships in multiple classes.

He was known for his one of a kind personality, sense of humor, quick wit, and the way he could tell a story. Jim’s family meant the world to him. He is going to be incredibly missed by his loving family and all who knew him.

Jim’s family will receive visitors on Sunday, December 29th, from 1-5 p.m. at Avon Isle, 37080 Detroit Road, Avon, OH. They will commemorate his life around 3 p.m. and all are welcome to come up to share any of their own memories. Light refreshments will be served.

Please direct flowers to the immediate family, who will display them at the service. Donations in remembrance of Jim can be made to the American Kidney Fund.

We love you dad and we will miss you terribly until we meet again.

Jim and I shared many good times in the days of our youth. As A fellow classmate I am glad that we stayed in touch as the years went by. I will miss Jim and at this difficult time keeping Jim,Barb and Family in thought and Prayer. RIP my friend....

Our thoughts and prayers are with all of you. He will be missed.

Hi all,
Thoughts and prayers all around. Uncle Jim was always kind, exuberant and I have all great memories of him as I am sure you all do as well. There no words I can share to reduce the grief you all have but I'm confident he was proud of you all, happy, and passed from this world knowing how loved he was. We can't ask for more.

My deepest condolences to the Dunn family. Sending love & prayers.

My condolences to the family. Jim, I know your sister, Patsy, misses you terribly.\r<br />\r<br />Theresa Douglass\r<br />Florida

Rest well Jim,as Frank Sinatra sang,you did it your way .

Our deepest sympathy to you Barb, and your entire family. Way to young to leave you all. Tell your extended family we send our love.

I knew his wife Barb, and him only by acquaintance. My prayers go out to Barbara and her family he will be missed by all.

We are sending our condolences and love to you Barb and your family. Jim was always ready to tell a story, which always had a great punch line. And he never let his disability get in the way of witty personality.
Rest In Peace Jim.