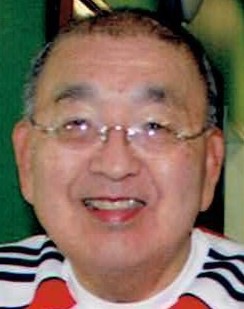 Barry passed away on May 18 after a battle with cancer.   Born in 1936 and was married to wife Yoko until she passed in 2007.  He leaves behind his sister Fumiko, brother Toshifuji and is predeceased by siblings Kiiko and Akimune.   He also leaves behind daughter Yuki (RJ) and son Ed who also sadly passed away 4 days before him (see obituary Ed Lengi).

Barry was an executive at Nordson Corporation Amherst for 35 years and no one loved Nordson more than Barry.  His excellence in sports encompassed world class Judo and Swimming but he was proud of his tireless volunteer work to being appointed an Olympic Torchbearer for the Atlanta Olympics in 1996.    He was always a champion to the underdog and defender to those in need.   Later in life he formed bonds through his Japanese American community and USTA tennis leagues.

A Celebration of Life Memorial Service will be on Saturday June 22, 2019 at La Centre at 25777 Detroit Road in Westlake OH.  Please join Friends and Family at 10am.

knew him from nordson was a nice guy to be around

Barry has been an inspiration to the Cleveland Nisei Tennis Club for many years. I have great experiences in the game of tennis and off the courts of his ever compassion of life. I will miss him. Rest in peace my friend.