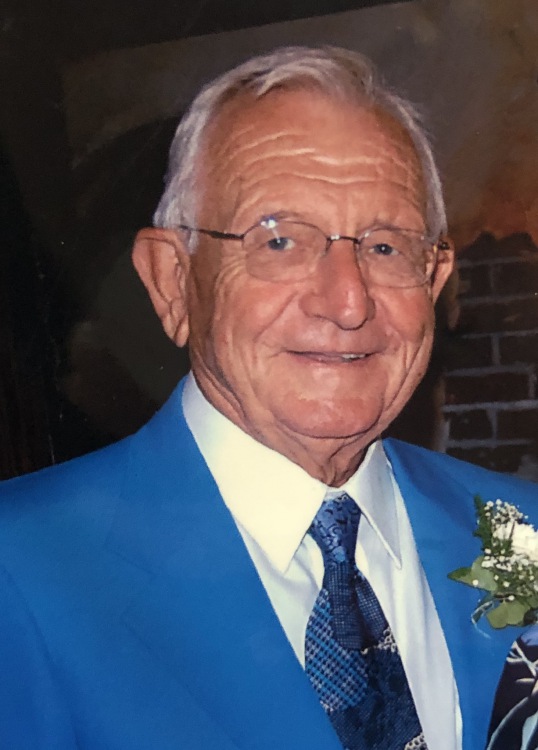 Al grew up on the west side of Cleveland where he proudly graduated a half year early from West Tech High School in 1945 and enlisted in the Army. After serving his country, he received his BA in business from Fenn College, now Cleveland State, and worked as credit manager at Mayer Marks Furniture Store while he pursued his law degree at Cleveland Marshall School of Law thanks to the GI Bill of Rights. Over the years, Al became a malpractice/personal injury lawyer who cared deeply for his clients and made lasting relationships. He retired from his firm, Miller & Tolaro, after a successful 35 year career which included a case before the Supreme Court of the United States and serving as President of Cleveland Academy of Trial Attorneys.

In his personal life, Al truly loved his family and friends and greatly cherished their time together. He met Doris on vacation at the Jersey Shore and won her over with a guitar serenade and a lot of persistence. They were married in Cleveland in 1955 and moved to Westlake when it was still rural. Al became councilman of Ward 4 in the 1970’s and was active in the rezoning of the suburb as we know it today. His many interests included restoring classic cars, attending auto shows, coaching Westlake Girls Softball, Rotary Club, golfing at Spring Valley Country Club (Elyria) and Olde Hickory (Ft. Myers), lecturing at church, playing pool at Fairview Senior Center, and entertaining at area nursing homes for over 40 years.

Al was a proud American from the greatest generation and an extremely generous and caring man. He touched many lives for the better during his 93 years on earth.

I met Al by being his mailman in Rocky River. Being the friendly guy he was, we would get to talking when we met at his mailbox, and shared a love of golf. Many times he would invite me to join him and his regular golf buddies, and I got to learn what an interesting life he had led through stories he would tell on the way to the golf course. I really admired Al, what he had accomplished and how he led his life. How much he loved his wife and his girls. And I smile when I think about our golf outings as he got older, and I became not only a golf partner but his spotter, as his eyes couldn’t follow the ball as well Even in his upper 80’s, he still put a good hurting on that ball! Deb and I are going to miss you, buddy. Rest In peace. And keep hitting them long and straight.

I Have many great memories of cousin Al. I couldn't believe all the things he could do. Not only was he the best Lawyer in town, he was a musician,a golfer and had many interests. But the most important thing in the world to him was his family. He dearly loved them all. So sorry, for your loss. He will be missed by everyone that knew him.

Great guy. We played a lt of golf at the valley . A lot of gin rummy. He and the,convertable will be missed.

Jim and I knew Al and Doris when we all golfed at Spring Valley. They were a great couple and I know how difficult it is to lose a loving spouse. My heartfelt thoughts are with the entire Tolaro family.

Jim and I knew Al and Doris when we all golfed at Spring Valley. They were a great couple and I know how difficult it is to lose a loving spouse. My heartfelt thoughts are with the entire Tolaro family.

Uncle Al was an amazing guy. I see him playing guitar or mandolin. I hear his unique laugh. I remember big Christmas parties where he would close the door of his bedroom to study for his law degree while everyone else was enjoying the holiday. He was a majorly focused guy and a model to all of us who watched him and admired him. Thanks, Uncle, for all the good times and fond memories. Flights of angels.

My deepest sympathy to the entire family! Growing up I spent many a days at the Tolaro house! They were like a second family! I remember many conversations around the kitchen table! Love ya Mr. T. You will be missed but never forgotten!

May your memory be eternal!

Uncle Al provided so many great memories for so many family members. His kindness and generosity for his wife, children and extended family will always be remembered!

A truly decent man with a wonderful family. Thank you for your many favors and advice over the years.

One of my roll models and heroes growing up. RIP Uncle Al!

My most heartfelt condolences on the passing Al. I've known Al & Doris for some years now. They are the most warm and loving people, very kind to all. My heart goes out to Doris and his three daughters, and Al will be missed very much by all. Al always made me laugh. Al was the kind of person that could laugh at himself, and then cause you to start laughing right along with him. The world has lost a very good and kind soul.