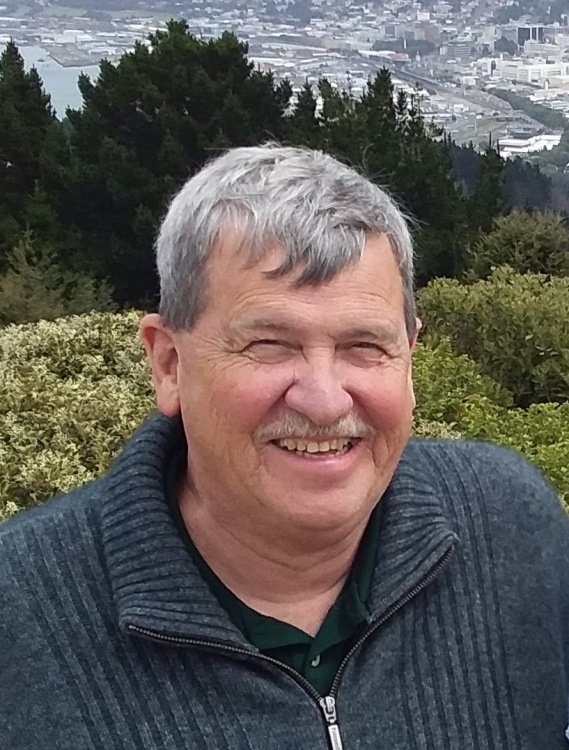 Thomas M. Simon, 71, passed away at his home on Sunday, May 3, 2020, after a valiant battle with glioblastoma.  Tom was born June 29, 1948, in Peoria, IL, the first of eight children.  His parents, Thomas J. and Jacquelyn L. Simon and brother, Michael, preceded him in death.

He attended Bradley University before enlisting in the Army Reserves.  He retired from LBX in 2015.  Hobbies included fly fishing at the Rockwell Springs Trout Club and traveling.

The Simons served Lorain County Children’s Services from 1980 through 1992.  They provided a loving foster home for 23 newborn infants.

Tom was a member of Al Koran Shrine, at one time serving as Chairman of the Board of Trustees.  He was also a nine-year member of the Board of Governors for the Erie Shriners Hospitals for Children before being appointed to emeritus membership.

In 2012, the Simon family was named FASD (Fetal Alcohol Spectrum Disorder) Advocates of the Year.  Their efforts resulted in a positive impact on prevention, community awareness, and improvement of educational programs for children affected by FASD.

Tom’s remains will be interred on the island of Kauai.

So sorry to hear of Tom’s passing. I enjoyed working with him at LBX and getting to know him. I admired him for several things but especially his work with the Shriners Hospital. My sympathies are with his entire family.

So sorry to hear about Tom's passing. As Director (retired) of Lorain County Children Services I appreciated his being a foster parent for children in Lorain County for so many years. My prayers and blessings to the family

Diana, I am so sorry you lost your Dad. It looks like he was a great and wonderful person. It was interesting reading the obit and seeing your family. I remember when you moved down here, and was so upset about leaving your family. My heart goes out to you...

I’m sorry to hear of Tom’s passing. I regret not staying in touch over the years. I remember visiting Tom when I was a teenager, and out of the goodness of his heart he offered me work and the opportunity to learn a trade. Even though I didn’t take him up on the offer I never forgot his incredible kindness. God bless him!

May you rest in the Lord in peace. I’ll always remember when you came down to help my father, Ray Griggs, with us 5 kids. My mom was in hospital, but you made it all ok, and full of fun! In my heart always in love.

We were saddened to hear of the loss of Tom. He will be missed. We always enjoyed talking about trout fishing and the best places for big fish at Rockwell Springs Trout Club. He always had a suggestion for success, often a space away from where the crowds would go to fish. He regularly brought Matt to the stream for a day of fishing. We have lost a dedicated angler and friend.

Love, hugs, and prayers to you and the girls and family as you celebrate a dynamic life of fun joy and commitment. I so enjoyed our vacation times and holidays together. We shared some great fellowship over books, food and politics! Tom is at peace, Praise the Lord!

I worked with Tom at LBX for several years until he retired. Very sad to hear this news. My thoughts and prayers are with the family.

I worked with Tom for many years and didn't know so much of this information. He was a kind and loyal servant to the world and will be greatly missed. My thoughts and prayers to his family and all the lives he touched.

Susie and I extend our heart felt sorrow for your loss. We worked and traveled together, fished together, wintered and cruised together.Tom, Rest In Peace on Kauai, the Garden Isle, our final place as well.

I am saddened to hear that Tom has passed. I was so very fortunate to reconnect with him, albeit briefly, the past couple of years, thanks to Melinda. We enjoyed puzzling together pieces of our family and sharing small memories. Sending you all love and the wish for comfort knowing he is no longer suffering.

Pam and family,
So sorry for your loss. May the memories you hold in your heart bring you comfort and peace.
Donna Amspaugh

My thoughts and prayers go out to Tom and Tom's family!

Pam and family. God;s Blessings to you during this time. My thoughts and prayers are with you. Tom and I joined Rockwell Springs Trout Club during the same year and became fast friends. We enjoyed many trips fishing at Rockwell (and caught a LOT of trout), and we also had many discussions on politics. We were almost always on the same page. Till we meet again, brother. Rest in peace.

We've lost a dear friend. Fortunately, we shared many good moments over the years, enjoying the pursuit of trout at the Rockwell Springs Trout Club, sharing in the good projects of the PEO Sisterhood to which Pam belonged, playing Dominoes with a circle of close friends. Tom was steady in his views, staying on course with his life, finding strength in a quiet faith in the God of his fathers. Of him, the words of Paul the Apostle in 2 Timothy 4 apply well: "I have fought the good fight, have finished the race, I have kept the faith." Rest well, Good Friend.

So sorry for your loss Diana. Hugs and prayers for you and your family.

Our thoughts and Prayers are with the Simon family. Tom's accomplishments were extremely admirable.

Pam & Family,
So sorry for your loss. As young kids in Peoria it was Tom, Ed and myself: riding bikes, playing, fighting, enjoying life. It was lots of fun having eight (8!!) cousins close by. Tom, being the oldest, always led the way into mischief. I will remember him fondly, always.

To: Pam and family: so sorry for your loss. Was nice to have a chance to meet and know you both in Florida. May he rest in peace.

Simon Family,
My deepest condolences for your loss. May you be comforted by the many fond memories made with family and friends.
Warmest Regards,
Kevin

Uncle Tom was a great son, brother husband, father & uncle. He was always smiling & had me laughing at his jokes. Over the last couple of years, I appreciate him inviting me to his fly fishing club on numerous occasions and teaching me the skills he learned. Hearing his stories from business & world travels was always an opportunity to learn something new. I will greatly miss him and look forward to reconnecting on the other side.

Tom was our rep from Linkbelt and was one of our favorite. I spoke with Tom a few weeks ago and am so sorry for the lost of a good friend and pure gentleman. Prayers for the family.

In all my years of business Tom was one of my favorites. Prayers to his family!

Worked with Tom for many years at Link-Belt and LBX Company. Enjoy fishing with Tom at Rockwell Springs Trout Club. He was great at catching the big ones and really enjoyed his time at the club. After retirement We had a great time with Tom and Pam in Florida which included a cruise to the Eastern Caribbean. He will be greatly missed by his many friends and family.

Tom will be missed. For ever in our prayers brother.

Please accept my deepest condolences. Such a wonderful tribute. Sending love and prayers.

Dianna,
I know words can not give you comfort but please know I am praying for you and your entire family! May God be with you and give you peace!

thoughts and heart are with your family throughout this difficult time.

My condolences and sympathy, knowing how much your Dad, Grandpa, Husband and brother will be missed.

Take care and be thankful for the lovely times you all shared.

Dianna,
My heartfelt condolences to you and your girls.
What wonderful and loving parents. How very blessed your dad was to have you by his side.
Praying for you all,
Denis

We are so sorry to hear of Tom’s passing. What a handsome fellow! I can still picture Tom with the family on Poipu Beach. He was so happy there! We are glad to hear that he will be back in Hawaii now. We all had some great times together there.

Tom and Pam created a loving family. We felt blessed to know and be with you all. Our hearts and prayers are with you all.
With love,
Kathy and Tedd Kraft

To the Simon family we send our deepest sympathies. We are thinking of you during this sad time and remember sharing fun moments with Tom at family reunions in California. He was blessed to have a wonderful and caring family and will be dearly missed. Our love to Pam and his family.

Dianna,
What a beautiful legacy your father leaves behind. I'm sure you will treasure those memories. Prayers for you and your family for peace and comfort.
Take good care,
Sherri

Dianna and family,
You all are in my prayers during this difficult time. My prayer is the memories of your sweet father, husband, friend will comfort you. Dianna, you are the best and I know your father must have been immensely proud of the amazing woman you have become!

Dianna,
I am so sorry to hear about your loss. Know that my thoughts and prayers are with you and your family during this time. You carry your father with you now and always.

Dianna, I'm so sorry to hear about your Father.

God bless you and your family, Dianna. May He provide you with peace and comfort in this difficult time.

Dianna, I'm so sorry to hear about your Father. Please take care!

I m so sorry to hear of your loss. I have enjoyed learning what a difference his life has made on so many. May he have eternal, glorious rest.
My prayers for comfort are with you.
Love,
Heather

Thinking of your family and wishing you all peaces and comfort.

Although I didn’t know Tom well myself, I do remember my parents sharing with me over the years how he and Pam were amazing people with the biggest hearts. This obituary reflects that life beautifully lived. God has back an angel today. I hope your happy memories of time spent together over the years brings you comfort. Our prayers are with you.

Dianna please know that you are in our prayers. It is never easy to say goodbye to the one's you love....so until we meet again. God gained another angel!

Jim and I wish to send all of our prayers and love to you and your family during this very difficult time. Dianna, you are so loved. May God keep you all in his grace.

Our deepest sympathy for your loss. Our hearts are with you. May he Rest In Peace.