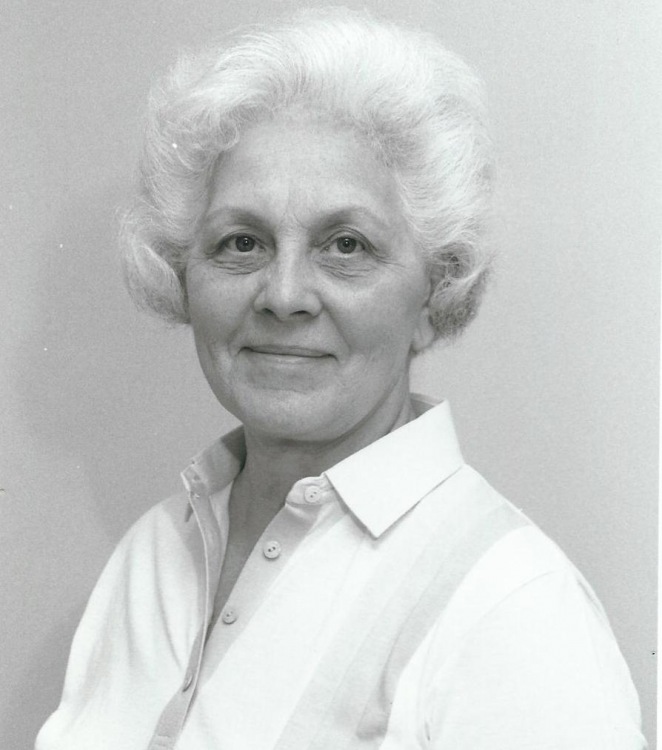 Shirley Marie was born on April 12, 1926 to Elmer and Vera Bimberg in Detroit, Michigan where she
grew up surrounded by a large extended family. Sadly in 1939 her only sibling, Lawrence, passed away
from kidney disease.
In 1944, a girl’s only career choices were teaching, nursing or secretarial work so after her graduation
from St. Philip Neri High School, Shirley enrolled in Nursing School at Wayne State. In those days,
nursing students lived in dorm rooms at the hospital and combined their classroom work with actual
patient care. The curriculum was rigorous and made an impression on Shirley which lasted throughout
her life.
After graduation, Shirley worked at Harper Hospital in Detroit where she was introduced to a young Dr.
Harold Fulton by mutual friends, Dr. James and Muriel Tisdel. Shirley and Harold were married in 1949
and moved to Germany where Harold served as an army physician and Shirley worked as a civilian nurse
at the U.S. Army airbase in Frankfurt. In 1952 they returned to Detroit and a few years later followed
the Tisdels’ to Port Huron, Michigan where they raised Matt, Maureen and Patty. In 1971 Harold died
suddenly from a heart attack, leaving Shirley with three children to put through college. She returned to
her nursing career at Mercy Hospital in Port Huron where she worked until she was 70.
Shirley married Bill Hodgins, a local automobile dealer, in 1972. Shirley and Bill remodeled a beautiful
home on Lake Huron where their children and families fondly recall many wonderful summer weekends.
In 1997 Shirley and Bill moved to Texas to be near her daughter Pat and away from the cold Michigan
winters.
Shirley was a very spontaneous person who enjoyed people. Her interests included quilting, crocheting,
gardening and collecting cookbooks, but all would agree the passion most dear to her throughout her
entire lifetime was nursing.
A few years after Bill passed away in 2003, Shirley was diagnosed with Alzheimer’s. She moved in 2009
to Westlake, Ohio to be near her son and his family. Shirley fought Alzheimer’s until she passed away on
March 2, 2020. She is survived by her three children Matthew (Nancy), Maureen (Tim) and Patricia
(Jon), seven grandchildren and four great grandchildren.
A celebration of Shirley’s life will be held in Port Huron at a future date to be determined.

It was my privilege to work with Shirley for many years at the former Mercy Hospital in Port Huron , Michigan . She was an example of what all we nurses strive to be . She set high standards for patient care and would accept nothing less . Patients always received the best of care because of Shirley's ability to combine those high standards with the heartfelt compassion she felt for all of them . Thank you Shirley for the many contributions you made to our profession . Rest in peace my friend .

I Loved Shirley. I was blessed to have worked with her at Mercy Hospital for many years. She was such an awesome Nurse and Friend. I always enjoyed our dinner dates at work. I never went to cafetetoa unless Shirley was working. I loved when she shared her recipes and amazing quilt ideas. I have the cutest ornnament she brought me from shipshawana. . Also remember having my first baby and the awesome shower her and other nurses organized at the Gokden Eagle. Shirley had health issues same time as my Dad. We talked often and shared how each other was doing. Shirley was an Amazing Nurse so many learned from her. Everyone respected Shirley. She was Smart ,Friendly , Very Classy and Loved by all. Rest in peace my Friend.

Although I did not know her well, I see her wonderful legacy each day through the love of the Stiver family. May light perpetual shine upon her.

I have so many wonderful memories of life with your family over the years, right down to the hand-me-down furniture Shirley gave Phil and me when we married and had an apartment with nothing in it. Your mom's laugh and zest for life were infectious. I also remember how kind Diz (and later Bill) was to all of of us Tisdel kids. What good times our families had together! We send heartfelt best wishes to all the Fultons and their families. I do hope we can get together to celebrate Shirley and share memories of all our parents soon.

I was lucky to meet Shirley when I was 10 years old in Port Huron. Out of the sadness of Harold’s death, came an adopted family in mine. Shirley was a warm, comforting person in my youth, creating many fond memories of life on Lake Huron. She had a wonderful way of carefully ignoring my beer laced overnighters at her house, playing Risk with Matthew, while I was still navigated my awkward teen years. Like many regrets in life, I grew up and lost touch with Shirley and her gang. But those formative years she greatly helped create will never be forgotten. A very belated thank you Aunt Shirl! Chris