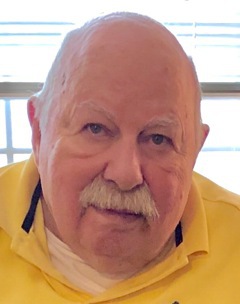 Dave was born in Cleveland and graduated from John Marshall High School before serving as a master sergeant for the US Army in the Korea War. Dave and Lu raised their family in Westlake where he was past treasurer of the Westlake Historical Society. Dave had been an avid gardener and was known for his beautiful daffodil and tulip gardens and County Fair ribbons. He later retired from PPG Industries after 45 years. Dave eventually moved to Avon Lake Town Center where he kept employees on their toes as he entertained them with his sarcastic wit.

Maryellen and family, we are sorry to hear of your loss. Our thoughts and prayers are with you and your family.

Please accept my deepest condolences for your family's loss.

Mark and family, so sorry to read the obit about your father !
shop is closed sorry about your loss.

Please accept my sincere condolences on the loss of your
father. May your fond memories and peace that Gd gives
comforts and strengthens all of you during this difficult
time i cherished many memories of Dave. God Bless .

So sorry of the passing of your Father, my condolences to you , Mark and Craig and your families,
Heidi Tysl and family

Maryellen
So sorry to hear of your father in- laws passing. My thoughts and prayers to you and your family.

Sorry to learn of the passing of your loved one, please send my condolences to your family.

Sorry for your loss.

So very sorry about his passing. What a great life he led. Cherish the memories.

Mark, Maryellen, Lauren and the Walter family. Our prayers and thoughts will be with you during this sad time. No matter when we pass it always to soon. My God bless you all.